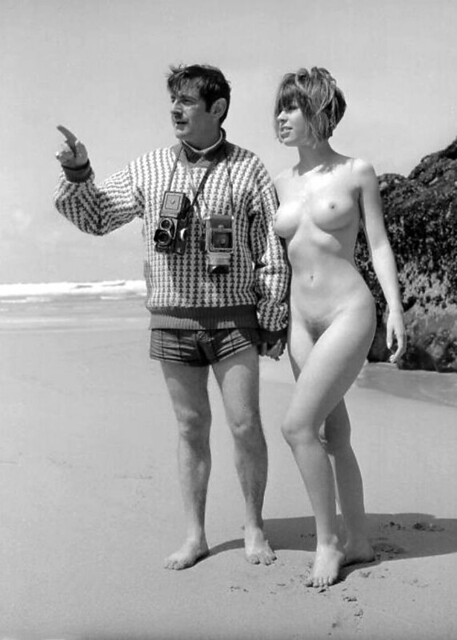 The start of something slightly different with some photo’s of the great man himself, Harrison Marks posing in front of the camera with his models. I have various shots of GHM with different models, so thought I’d post a few between the normal posts.

The first model with the great man is Samantha posing on Bedruthan beach, Cornwall in May of 1966. Samantha was one of five models taken by Harrison Marks for the 2nd week of the Bedruthen shoot, which started on Saturday 21st May. As I’ve already stated Samantha was classed as a young actress and only posed for GHM for that one week in May, with nearly all the photo’s of her appearing in Kamera on Location 66, with the odd other shot dotted through his other publications at that time. These shots were never actually published, but included as part of the Kamera on Location 1966 CD you could once purchase from the Harrison Marks website.

Over the coming weeks I’ll post more shots of models with GHM, plus I’m hoping to have something for members with regards to Kamera on Location 66 shortly as well!