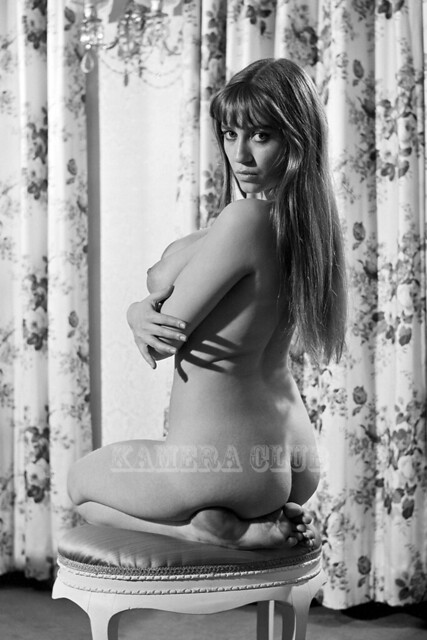 Another perfectly presented shot of Hilde Beck (Hyldagarde) by Harrison Marks. Kneeling on a stool as she looks back at the camera we get a great view of her figure. Her nice rounded arse and big tits being offered up with her feet (dirty again!) nicely tucked under bum. delicious view 🙂