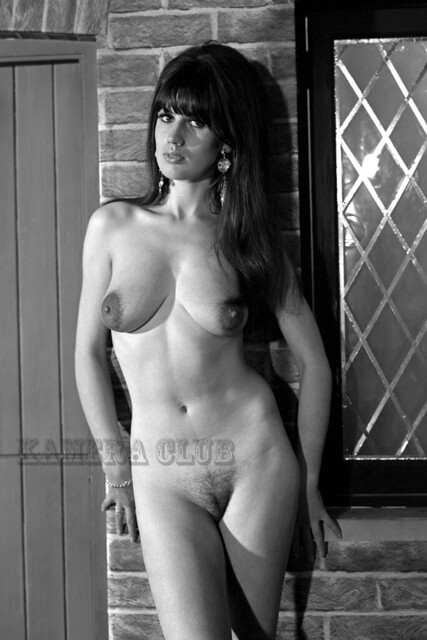 A Harrison Marks model I’ve not featured much in the shape of Tina McGowan. She appeared in Kamera No.73, No.75 and No.78, along with Solo No.53 (1967). She also starred in the Glamour Film ‘Cabbages & Kinks’ and ‘Favourites of the Pharoes Episode 4 – The Mummy’ with Teri Martine and others.

This original shot features her posing against the cottage wall showing off all her assets. Including a nice hairy pussy and some very dark areola  🙂