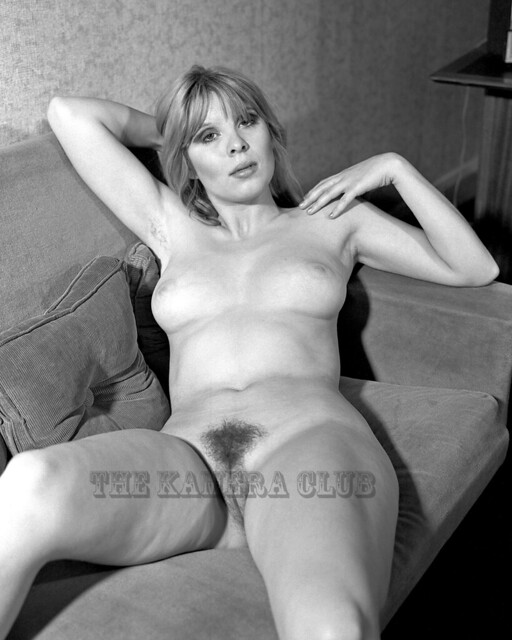 Another welcoming view of a model named as Josie Montya by Harrison Marks. Posing naked leaning back on a sofa and showing off her body. and half and half view of her pussy. I’ve said before several shots of Josie appear in New Kamera No.1 (1969) under the title ‘Just Josie’, hence the title. 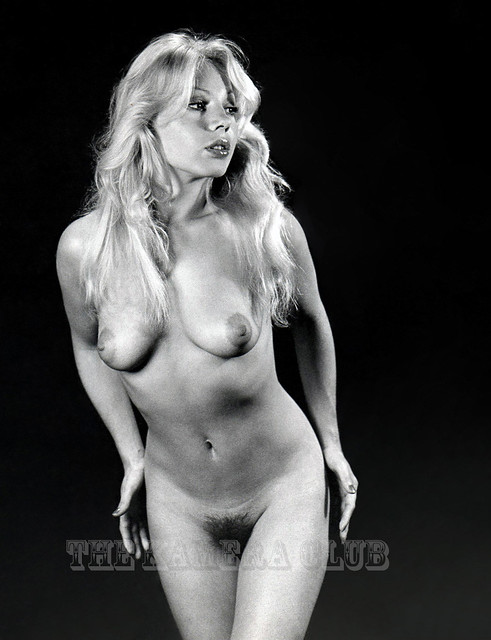 A beautiful shot of Jo Peters modelling nude against a black background from a restored 10 by 8 print. I love the way the lighting highlights her body and hair with the black background enhancing it’s shape.

I’ve posted Jo before and she was a 1960’s and 70’s model that appeared in Spick & Span and later as a ‘Page 3’ girl in the Sun newspaper. I think I prefer this shot of her to those I’ve already posted though 🙂 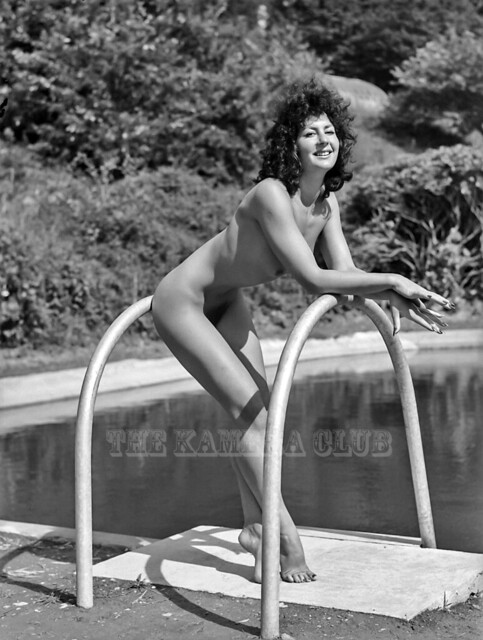 Another silver gelatin print taken from a glass photographic plate of Lee Southern (Grace Jackson). Taken at Sheplegh Court, South Devon in 1963 it shows Lee posing down by the pool showing off her sun kissed body. You can also see a hint of her thick dark pussy in the shadows.

I have several sets of prints from between 1960 and 1963 of Lee posing at Sheplegh. The earlier shots show her clean shaven, but in the later sets in 63 she had a full bush.

I also realise that all of these shots were taken by Leslie Bainbridge. This actually makes sense as several of the shots I have went on to appear in H&E, which Bainbridge produced. You can see all the shots taken of Lee at Sheplegh here. 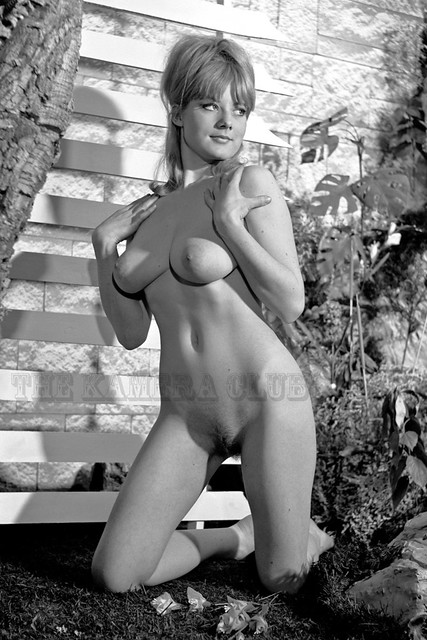 Yet another view of Hazel Taylor (Ann Dixon) by Harrison Marks on the Chinese garden set. A delicious view of her figure as she kneels posing in the garden showing off her figure and bush 🙂

A welcome return to Mrs C with a new set of photo’s and a new vintage outfit. A suede tasselled outfit is very in keeping with the 1960’s style. It sure fits Mrs C in all the right places. In fact things seem to be popping out all over the place for members to see and good to see Mrs C keeping everything natural and authentic 😉

Thanks as always to the fabulous Mrs C for sharing this set and teasing us with her tassels.