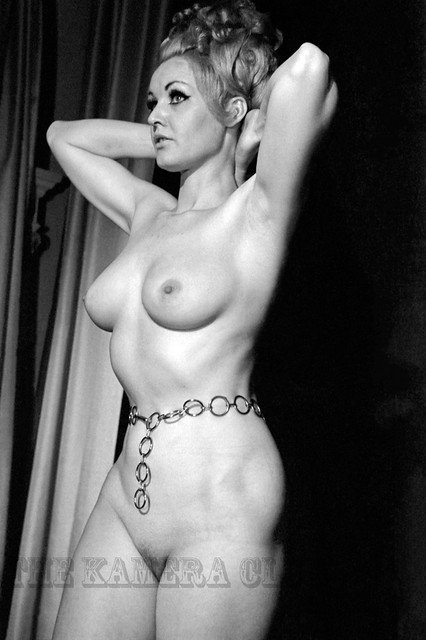 Another stunning view of Shelia Bancroft from a set of 35mm negatives taken at Jason Studios.

Shelia has a stunning figure and of course a very nice 38″ bust accompanied by a nice neatly trimmed pussy. Love this pose and the nice chain belt as an accompaniment 🙂 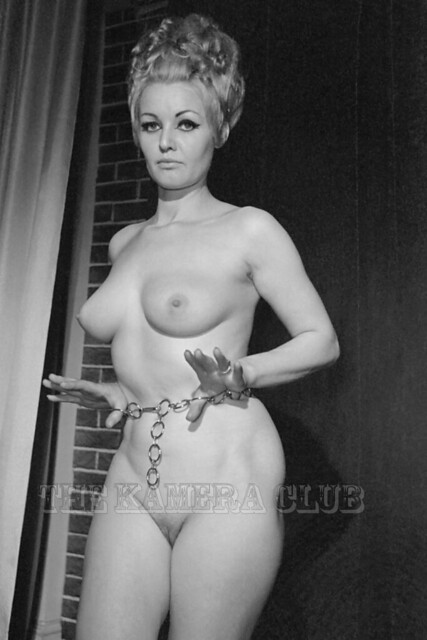 A superb shot of 1960’s model Shelia Bancroft scanned from an original strip of 35mm negatives. As you can see from above this came in it’s original negative album along with details of the model and location. The album contained 3 strips of negatives totaling 18 photo’s and was shot on Thursday 1st May 1969 at Jason Studios. It seems that Jason Studios was a popular place back in the 60’s for glamour photography, as I have several other albums and models taken at the studio and know that Paul from Firebird also has a large collection as well. No details on the photographer, but I’m assuming possibly amateur as taken on 35mm film rather than medium format?

Shelia has a stunning figure and of course a very nice 38″ bust accompanied by a nice neatly trimmed pussy. The hairstyle and make-up are typically 60’s as is the chain belt, which is the only thing she is wearing in all 18 shots! She is also very familiar, so I wouldn’t be surprised if she also posed for some of the more popular photographers of the time, as well as doing the odd amateur shoot, as most models seemed to do back then. More of Shelia to come as well as other models from Jason Studios 🙂