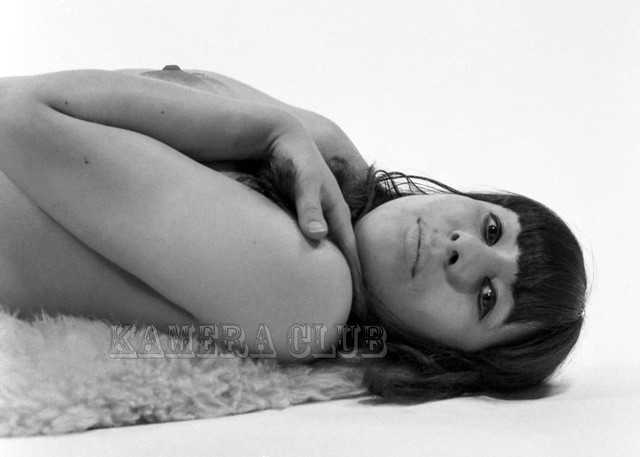 Jenny Lane from a 35mm black and white negative taken at Jason Studio’s. A different low down view of Jenny as she lays on the floor and sheepskin rug looking at the camera. You just get a peak at one of her nipples rising just above her arms 😉
10 Comments 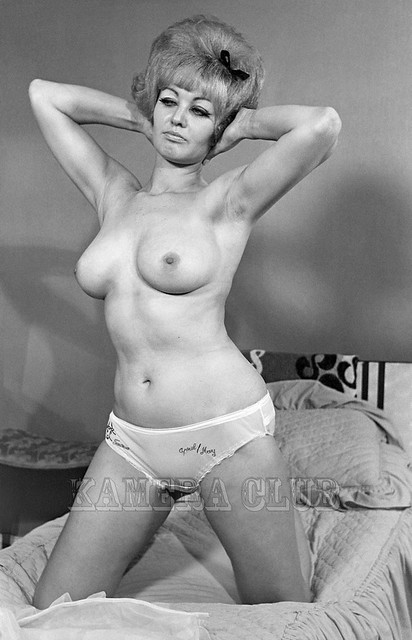 Sheila Bancroft kneeling on a bed in white panties at Jason Studio’s taken in 1969. Loving the curve of her hips in this pose highlighted by the white panties, which have some odd writing on them. On the left as you look at them they say April/May and on the right I can’t quite make out the word but there’s also a Bull head logo? Hoping the month on the panties isn’t how often she changes them 😉
4 Comments 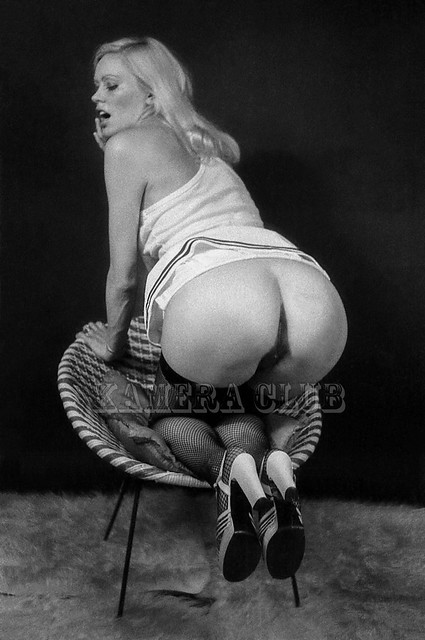 She also appeared in Spick and Span and Beautiful Britons before progressing to a more ‘open’ approach to modelling in Frivol and Whitehouse in the 1970’s. Whatever format she appeared in I love her. And now I’ve got several 35mm negative sets of her from Jason Studio’s. Not the best quality but as soon as I saw it was Pat I had to have them. 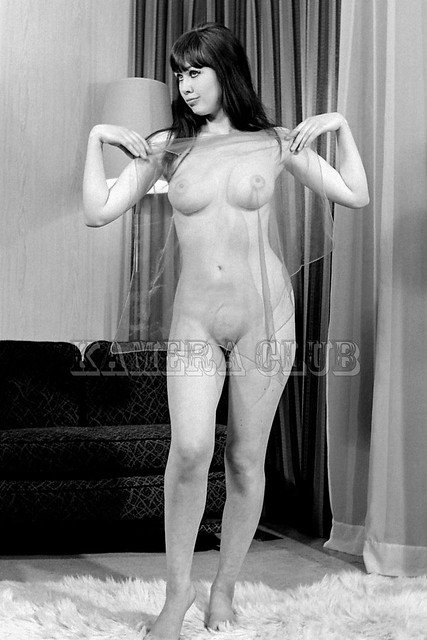 Tracy Reeves from 1968 posing at Jason Studio’s from a strip of 35mm black and white negatives. A wonderful frontal view of her figure and smooth pussy. Although I’m not sure the sheer cloth she is holding in front of her is giving her much cover or protecting her modesty. Not that we care as the view through it is much better 🙂
4 Comments 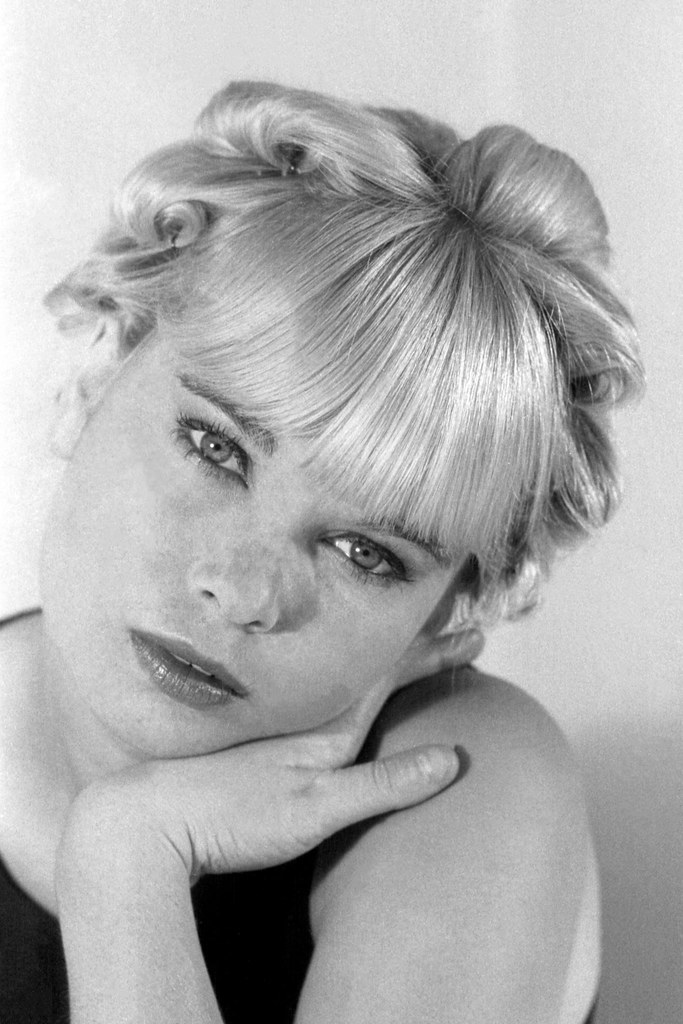