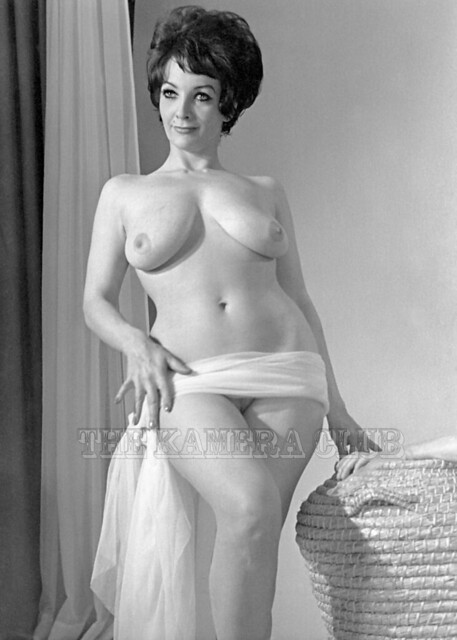 Bobby Shaw posing for an amateur photographer in a studio setting wearing a sheer cloth across her waist just about protecting her modesty. I have several of these negatives of Bobby on the same shoot, but this one is rather odd! All negatives only show Bobby posing, but if you look at the basket I’m sure that is another hand? Not quite sure what is going on or if there is another model off camera posing with her arm on the basket, but only just noticed it!

Anyway I’m back after a very few hectic weeks followed by a well needed holiday, so it seems like a long time since I posted regularly. Hoping normal service will return and I’ll try to keep the posts coming 🙂 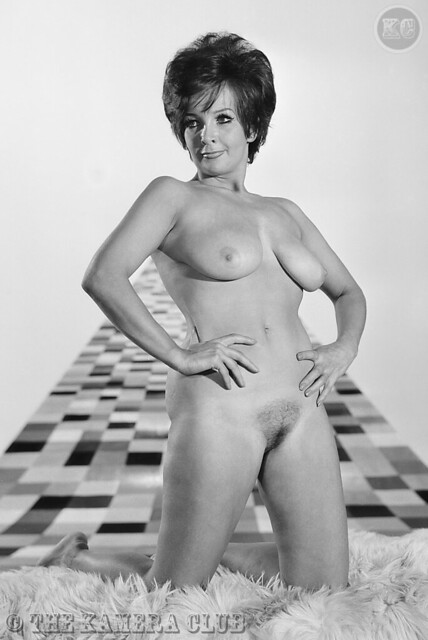 Bobby Shaw (Laurie Sands aka Julie Desmond) posing for Harrison Marks kneeling on a sheepskin rug in front of that bizarre background. Ever time I see it I’m reminded of the yellow brick road for some reason! Fabulous shot of Bobby showing off her lush bush and from the same set as this shot. Thanks as always to Kevin for this shot of Bobby from an original negative 🙂 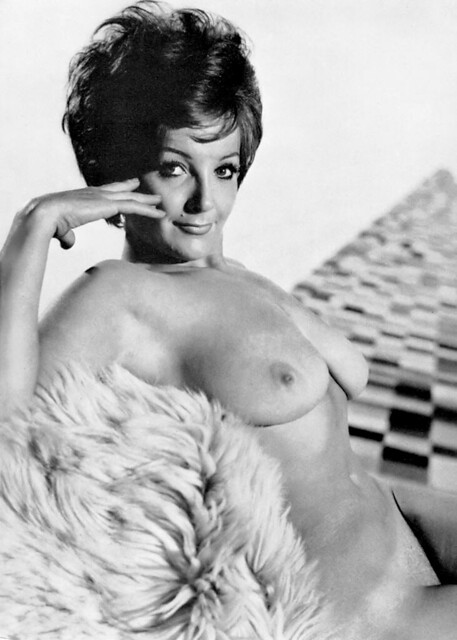 Bobby Shaw (Laurie Sands aka Julie Desmond) or whatever her name was, was another multi-talented, multi-named model that appeared in numerous publications during the 1960’s and 70’s. Appearing in multiple ToCo publications such as Spick, Span and Beautiful Britons, she also went on to pose for Harrison Marks in the later Kamera editions and various other glamour publications including Girl Illustrated.  She is easily recognisable by the beauty spot/mole above her lip (Which I believe was real) as seen in the above shot, which is from Kamera No.81 (1967). One source puts her date of birth as 1950, which if my maths is correct would make her 17 in this shot, which seems a little young looking at her, but I’m awful at guessing ages, so I may be wrong!