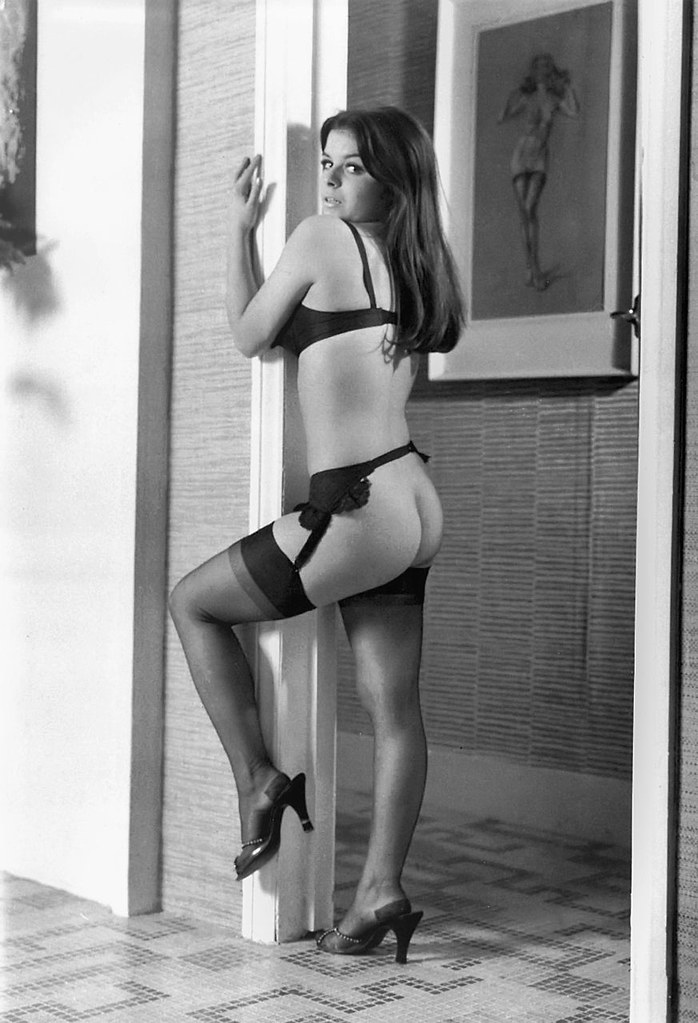 Barbara Halks showing off her very nice behind as she clings seductively to a door-frame! I’ve seen others from this set of Barbara, but unknown as to where this was originally published, but was reprinted in Magnificent Models No.2. One of my favourite later models of Harrison Marks.
6+
No comments A very natural looking Caroline Coon by Harrison Marks on that Rug!
She appeared in the later issues of Kamera from No.79 onwards. She also starred alongside Harrison Marks in a short film called ‘Amour’ (I have a copy!) and it was shot largely on the bedroom set in Lily Place studios in November, 1966. She also went on to appear in ‘The Naked World of Harrison Marks’ (1967), before giving it all up and becoming an artist, journalist and political activist.
2+
No comments Another lesser known Jones girl, this time Marian Jones by Harrison Marks who appeared for him in Solo No.46, Kamera No.66, No.67 & No.68, Femme No.11 and the 1966 Kamera Calendar. She also appeared in two glamour movies called ‘Make Mine Roman Style’ and the ‘Model Entry’.  Nice long hair and not the biggest of breasts, but still a nice perky shape to them!
2+
No comments A simple but effective shot of Jennifer Garland by Harrison Marks from an early Kamera edition and re-printed in the Nostalgia publication ‘The Magnificent Models of Harrison Marks No.2’
4+
No comments The gorgeous curves and rear of Monique Devereaux by Harrison Marks.  I love this shot especially her arse, but does the upward angle of her boob look slightly off, as she was a big busted girl? (Original high resolution version 878 x 1280 over on the Google+)
5+
error: Alert: Content is protected !!