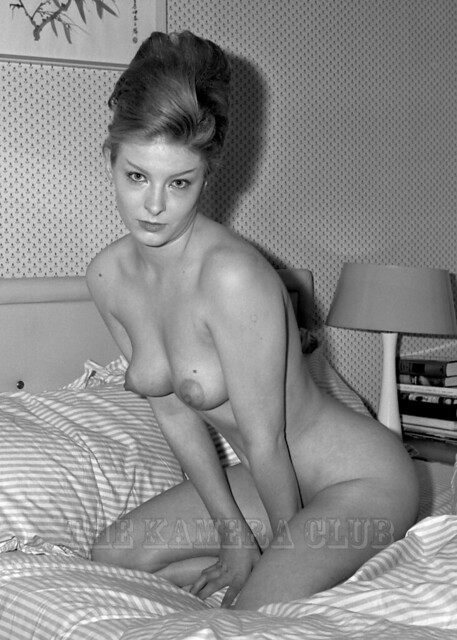 The delightful Annlyse kneeling naked on the bed for Harrison Marks at his flat. This version comes direct from the negative in my collection, but the image was published in Solo No.19 P11 (1961) which was one of the only Solo editions to be dedicated to two models, both Annlyse and Dorte who were visiting from Denmark apparently!

I love Annlyse’s perky pair in this shot as they seem to be sticking out rather nicely, but she does look a bit pale and harsh around the face and those eyebrows! 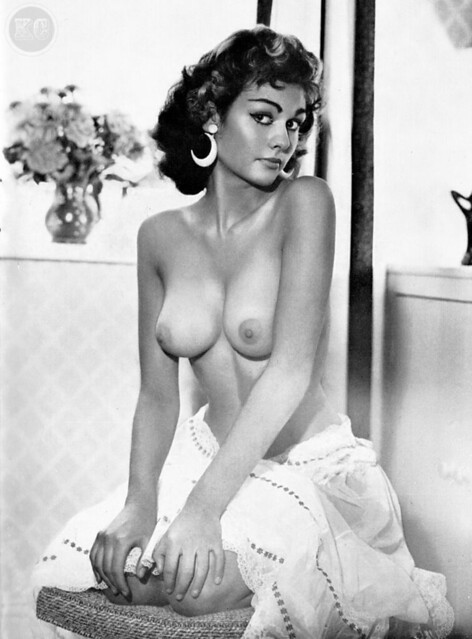 Another shot of the fabulous Julie Shearing from Solo No.4 P11 (1958) by Harrison Marks. Such an exotic look to her for an English lass probably enhanced by the streaks in her hair and dark eye liner. Either way a favourite early GHM model from the 50’s, although if you ask me everyone is a favourite 🙂 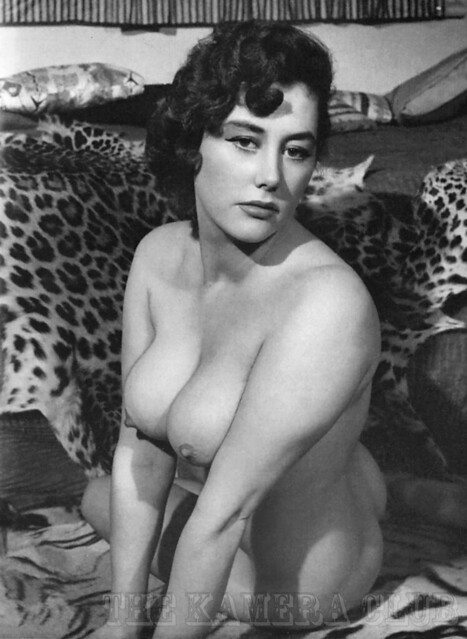 Rochelle Lofting by Harrison Marks from Solo No.6 P11 (1958). She looks very seductive in this shot with that typical and classical 1950’s hairstyle and makeup. what’s not so classical, but equally as enthralling about the shot is the way she’s squeezing those beautiful tits between her arms highlighting those small circular areola with little hard nipples protruding from them. A seductive and delicious shot 🙂 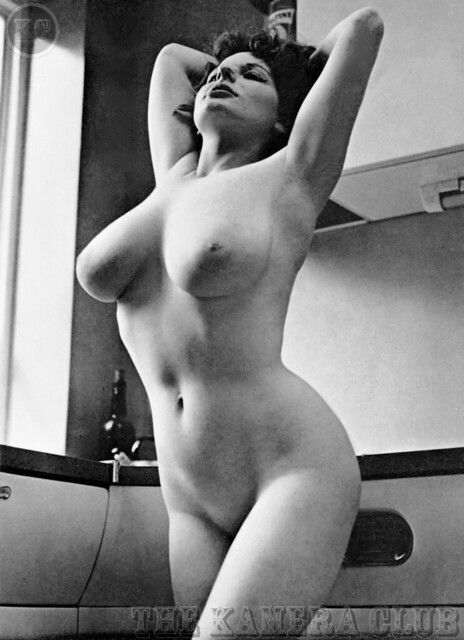 Suzi Shaw posing in the kitchen from the pages of Kamera No.48 P11 (1962) in which she appeared several times in what appears to be GHM’s flat yet again! The other shots of her I’ve published can be found here. I have also recently won the original negative of the above shot, along with a few others from Kamera No.48 of Suzi, so I’m looking forward to getting those in better quality and will post them when I get them. In the meantime enjoy the fantastic curves of Suzi above 🙂 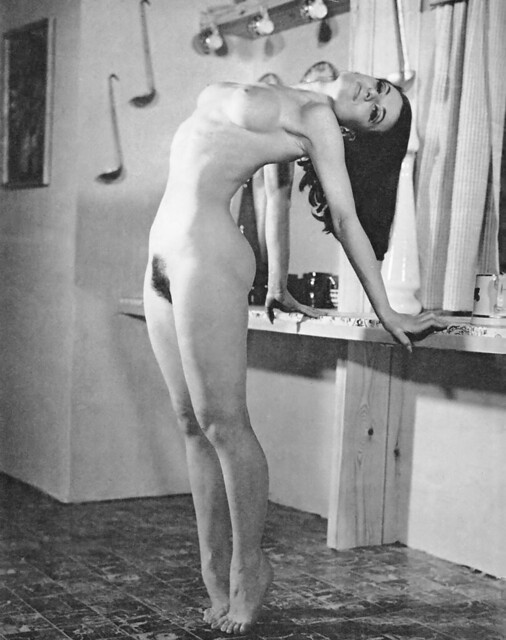 The second shot of Diane Grant from the Harrison Marks publication Nature’s Intention Vol.1 No.2 P11 (1969) on the cottage kitchen set. Both editions of this magazine were full of glorious uncensored shots of models with their magnificent lush bushes on full view.