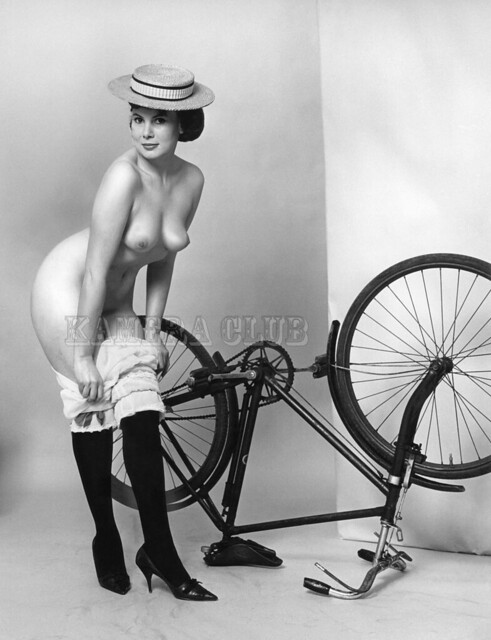 A beautiful shot of the stunning Molly Peters by Russell Gay. This is a scan from an original 10 by 8 print with Russell Gay’s stamp and Portland Street address on the back.

I love the style and look of this shot with Molly pulling down those white bloomers. The black heels, socks and straw hat all add to the overall appeal. I’ve also seen in other shots that the bike is put to good use 🙂 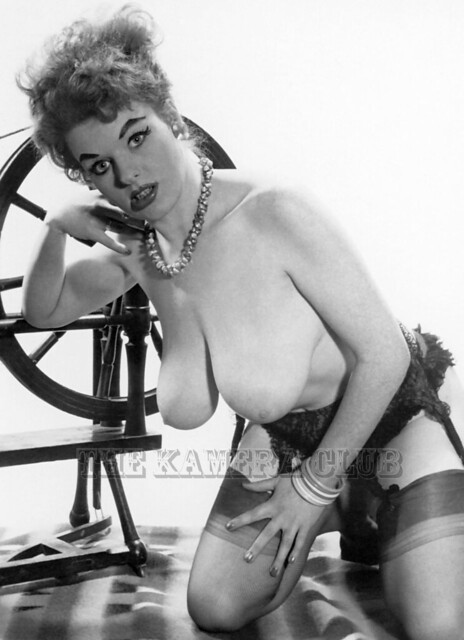 A restored 10 by 8 print of the bountiful Suzi Shaw by Russell Gay taken at his studio. A typical shot that went on to appear in the likes of QT or Model magazines, with the model posing in underwear or other loose garments with various odd props dotted around. Still a rather nice shot of Suzi and her large tits hanging down in this pose 🙂 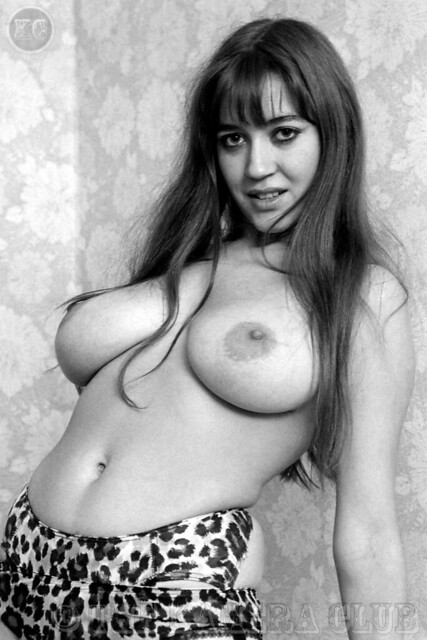 Something to take us into the long Bank Holiday weekend. An Original 1960’s 6 by 4 Print by Russell Gay of the very ample assets of Hilde Beck. I just love this print and Hilde has a great look to her including the animal print panties and suspender belt and an even better pair of tits!

On the back of this print was the stamp for Russell Gay Studio’s in Great Portland Street, London and that’s it. No details of if this shot ever went on to be published anywhere, but it seems too good not to have been printed! 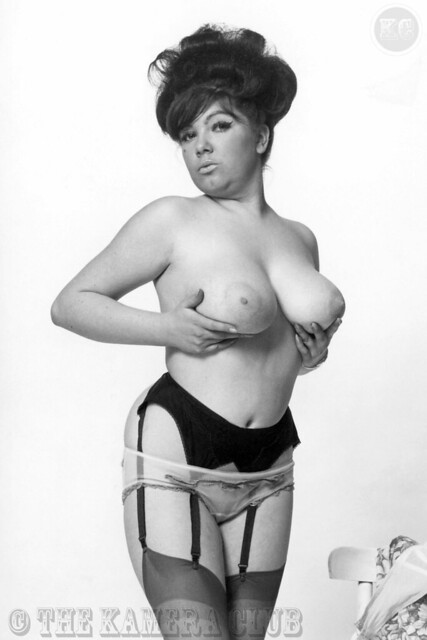 A beautiful original 6 x 4 print by Russell Gay of Bernice Smith  from my own collection, but sent to me by Scott from Catskillcomics as thanks you for helping him ID some models in the past.

A very typical 1960’s pose from Russell Gay and I love the the curve of those hips, the black suspender belt and stockings and how the sheer panties sit just between them. All as the model stares at the camera whilst cupping those nicely proportioned tits. A perfect pose!

Update: Thanks to Djacks for identifying the model as Bernice Smith 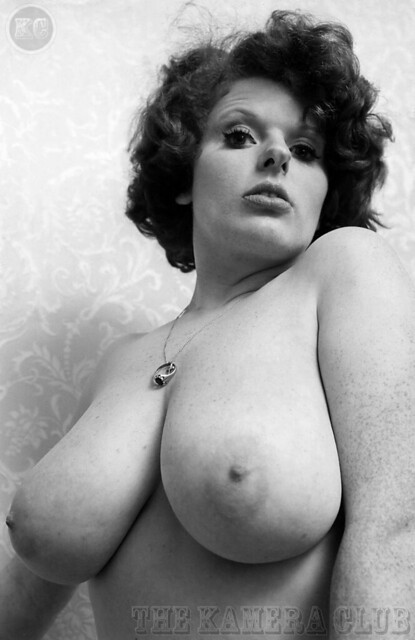 A restored 10 by 8 print of the bountiful Suzi Shaw by Russell Gay. I have several shots of Suzi by Harrison Marks, but this is the first I’ve seen taken by Russell Gay or produced at his studio. I know this because it has his studio address stamp from Portland Street in London on the back of the photo.

Regardless of who took the shot, you cannot deny the fact that this is a wonderful shot showing off Suzi’s very ample tits up close! And for a fraction of a second you wonder what the ring on the necklace is all about, but then you forget that and go back to those tits! This is the only shot I have from this set of Suzi, unless Scott that sent it over is holding back on me, but thanks must go to Scott for sending this one 🙂