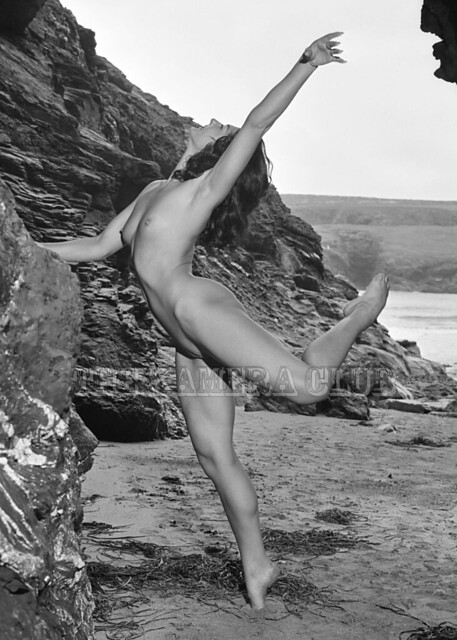 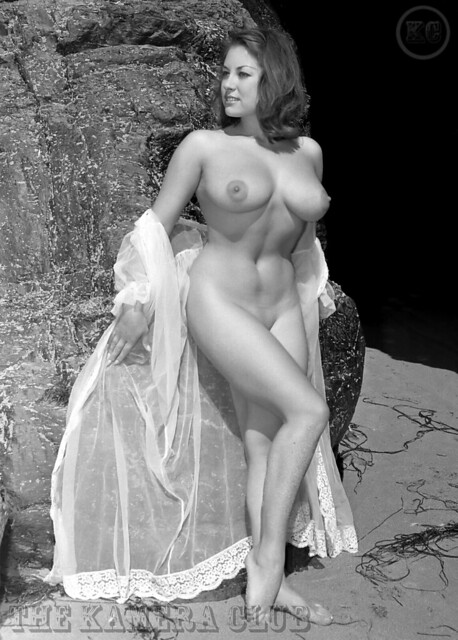 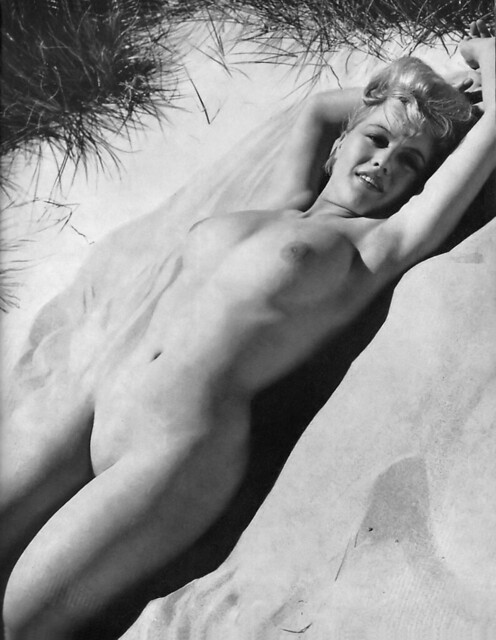 Margaret Nolan laying in the sand dunes by Harrison Marks and taken from his hardback book She Walks in Beauty, P104 (1964). A beautiful shot in the sand and a great smile from Margaret 🙂 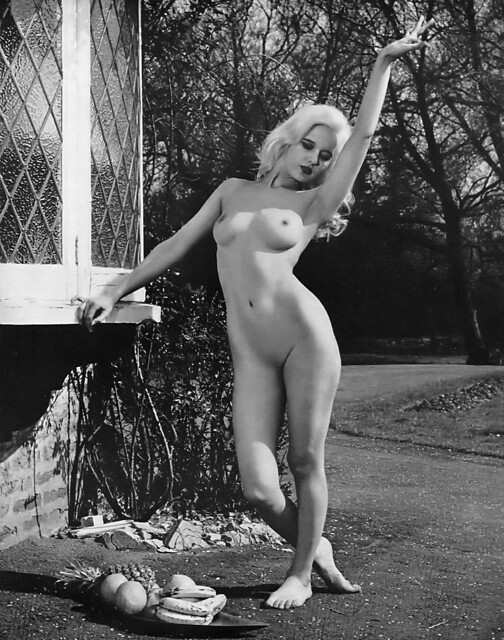 OK, I’ll openly admit that Annette Johnson isn’t one of my favourite models, but don’t ask me to explain why because I can’t really put a finger on why I don’t like her, I just don’t compared to others. Saying that the shots of her taken by Harrison Marks are some of the better ones I’ve seen of her, plus those by Ed Alexander and this shot is a good example. Taken by Harrison Marks outside Ewhurst Manor, this is one of four shots of her that appear in the hardback book ‘She Walks in Beauty’ (1964). All four shots are located in the grounds of Ewhurst, which is unusual in that nearly almost all of the photo’s in SWiB are taken on location down in Devon, apart from a small sub-set based at Ewhurst.

This shot is outside the front of Ewhurst, as you can see the driveway, but what is more bizarre about the shot, other than Annette’s pose, is the bowl of fruit on the ground in front of her! What’s that all about? It also looks like the retouchers had a field day hiding her nether region and did a poor job! Despite all of the above Annette doesn’t look too bad in the shot 🙂

All of the images I’ve published from the 1964 Harrison Marks hardback book ‘She Walks in Beauty’. Published in chronological order with model names where known 🙂