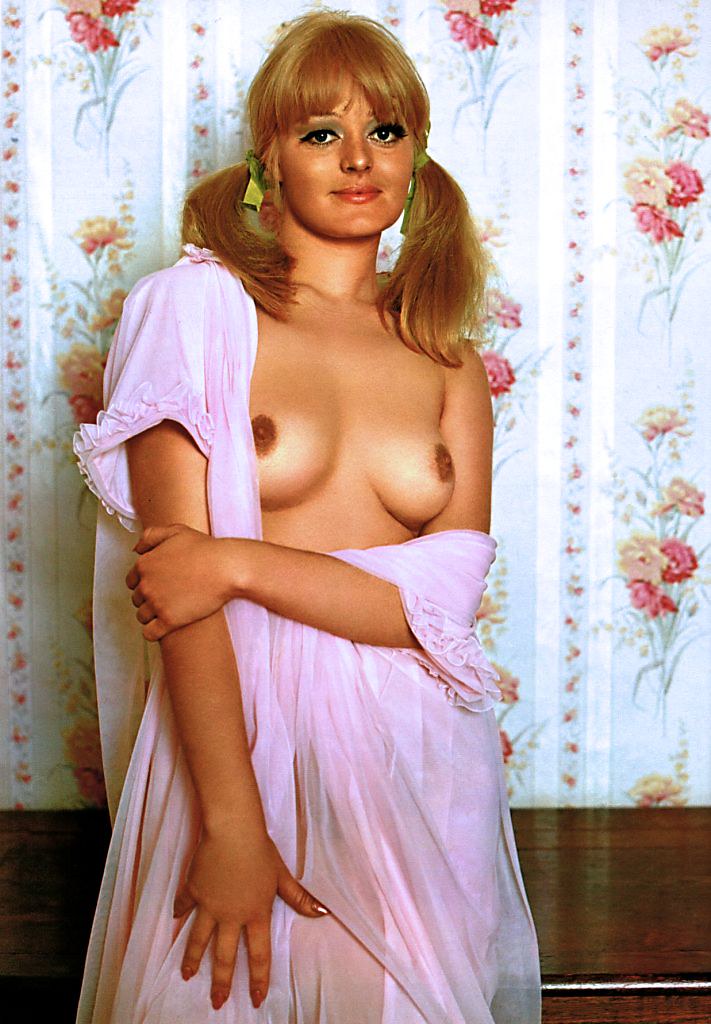 Rena Brown another late 1960’s model that worked with Harrison Marks, but more on the film side than appearing in his publications. She appeared in ‘The Nine Ages of Nakedness’, as well as one of the characters in the Pattern of Evil’ film.  I’ve seen several shots of her in leather outfits with whips, so assume they come from the films, but this is a more demure shot of her from Girl Illustrated Souvenir Edition No.2 (1968)
+10
No comments Three stunning pages of Terry Graham as Fay Richmond from Girl Illustrated, Souvenir Edition No.2 (March 1970).  She has also appeared in other magazines as Laela Simons, but GI seems to be the only magazine where she appears on various occasions as Fay.  I must admit the above colour shot in just tight rubber boots is one of my favourites, even with the editing out of the pubic hair!
+15
error: Alert: Content is protected !!