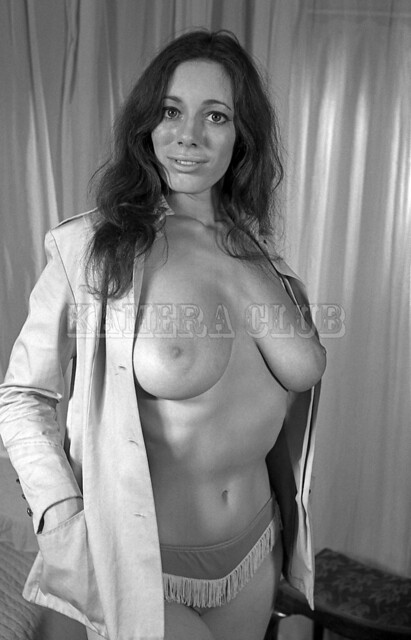 It wouldn’t be a Kamera Club Christmas Advent Calendar without an appearance of Angela Duncan. So another small set of 35mm negatives featuring Angela Duncan posing at Jason Studio’s. As you can see this set has Angela posing in open jacket and the familiar frilly panties on show.

Thankfully she has the jacket open and nothing below, so we get to see her magnificent tits too 🙂 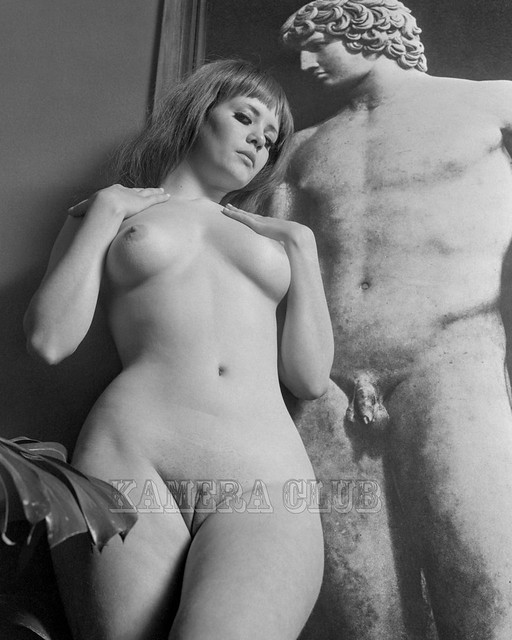 Sad to hear today that the beautiful Mary Collinson the of the Collinson twins has died. Apart from her iconic status as an Hammer actress, she was chosen as Playboy magazine’s Playmate of the Month in October 1970, together with her sister Madeleine. They were the first identical twin Playmate sisters.

Prior to their appearance in Playboy one of the first people to use them was the glamour photographer Harrison Marks who cast them as saucy maids in his short film Halfway Inn. The film, made for the 8mm market, was shot sometime around July 1970, when a still from the film was used in a Marks’ advert that ran in that month’s issue of Continental Film Review magazine.

Above is a stunning shot of Mary also by Harrison Marks and shows off her fabulous figure perfectly. 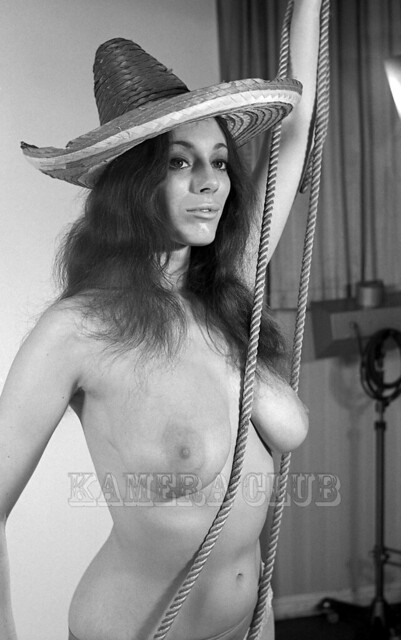 The start of another small set of 35mm negatives featuring Angela Duncan posing at Jason Studio’s. As you can see this set has Angela posing with a sombrero and a length of rope! No idea why such a random set of props but who cares as it’s Angela using them and we get to see her magnificent chest too 🙂
9 Comments 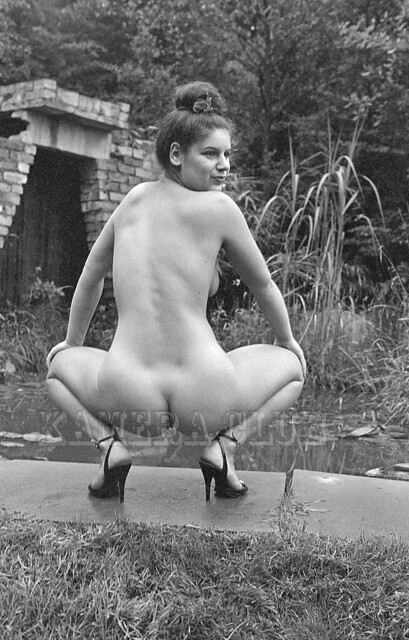 A rear view of Karie Nash posing in just high heels from a 35mm black and white negative. Taken in 1978 this set features Karie posing for the camera around a pond with several shots of her crouching like this with her legs apart. 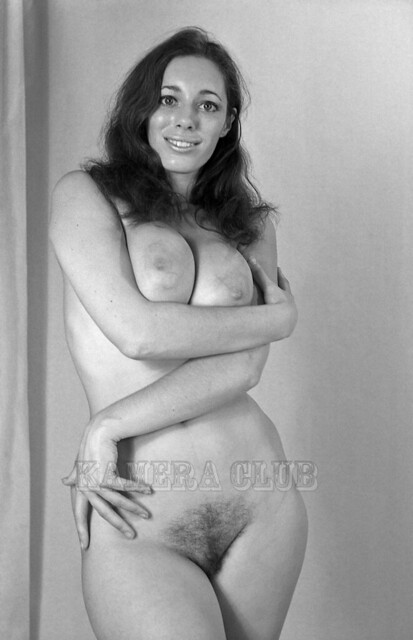 Over the years I’ve posted many a nude shot of Angela Duncan (Trudy Eyre) by Harrison Marks and others. This shot I have to be say is up there as one of my favourites for various reasons.

Firstly the quality of the image is very good indeed, especially for a 35mm negative. We all know that taking shots using 35mm film could be a bit hit and miss, especially as the cameras were aimed more at the amateur market. In fact, the next shot on this negative strip in a similar pose is as ropey and blurred as hell. Angela’s pose and smile is spot on in this shot with good use of her hands and arms to frame her best bits and those curves.

Taken at Jason Studio’s in 1970 I would say it was an amateur photographer taking the shots, but he nailed this one 🙂