Copping a Feel In The Chrysanths (Original) 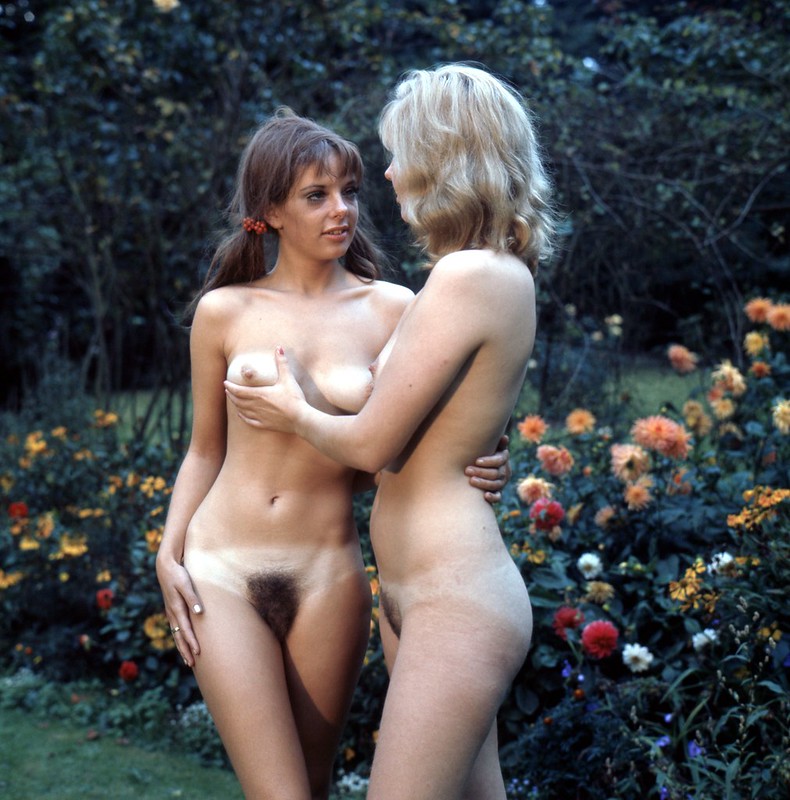 A very horticultural feel (boom boom!) to this original with plenty of flowers and bush on view! Another of my own negatives by Harrison Marks of an unknown duo in the garden at Ewhurst, with the blonde having a quick squeeze of her friends perky little tit.  Not the normal shot I would go for, but the combination of vibrant colours of this negative, plus two women having a play and showing off some serious bush caught my attention.  Nice tan lines as well!

Update: Thanks to Terry the model having her tit squeezed has been identifed as Julie Adams that he had the pleasure of photographing twice in 1969. Thanks Terry!

Update 2: Thanks to member MadMax he’s identified that this still is from the 1970 GHM film ‘Scouts Honour’, filmed at Ewhurst Manor. Now Terry Sparks has helpfully identified Julie Adams but she doesn’t appear in the film. Toni Burnett appears at the end of the film with Josie, her daughter, on her lap, so she is not one of the two main stars. I’m certain that the two main girls are Maria Frost and Delia Thomas and they appear together in several stills.  So it suggests that the girl with Julie Adams in your image is Delia Thomas (a name that Terry may remember?) – Thanks Max for all the information 🙂

Note: This image is scanned from an original negative and subject to this copyright notice, but can be individually shared as long as the image remains unaltered and this website is acknowledged as the source.