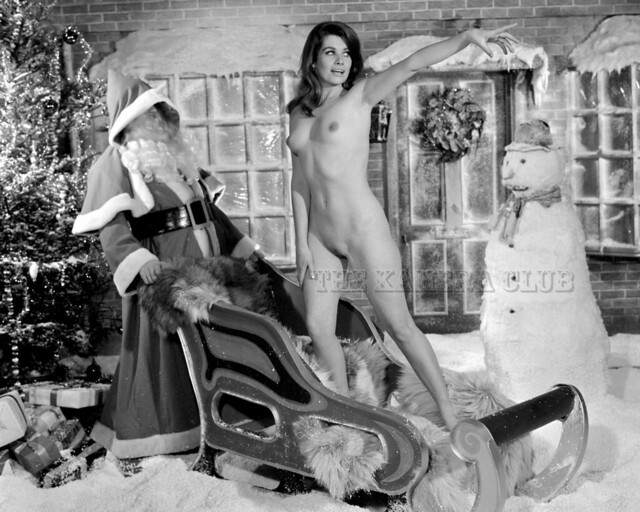 Another festive themed shot as Christmas approaches and another scan from one of my original negatives. This one features firm favourite Dawn Grayson on the festive set, including Santa! This shot was taken in 1966 for the Kamera Winter Special and a similar image of Dane pointing off into the distance appears on the cover, but she’s sat rather than stood. This image also doesn’t appear in the actual magazine or appear anywhere else, unless I’ve missed it?

Santa as I’ve mentioned before is supposedly Harrison Marks himself, but not 100% convinced, as who’s taking the photo then?