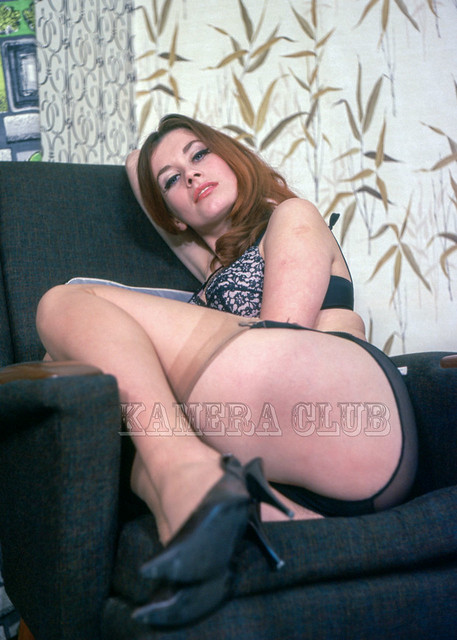 From a set that just keeps giving the stunning Dawn Grayson in black bra and panties with matching heels and tan suspenders. Sat with her legs up showing off the heels she looks relaxed and gorgeous as ever. This is the 6th shot from this set and only a few left to go, which is a shame as love this set.

This photo is one of the more vibrant shots and Dawn’s auburn hair looks much brighter in this shot than the others here for some reason. 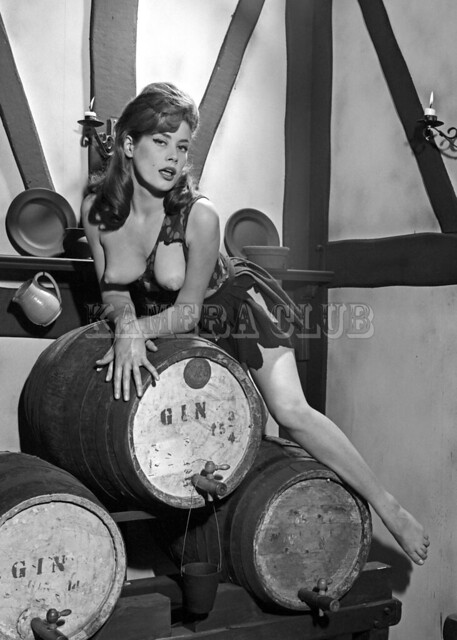 Dawn Grayson photographed by Harrison Marks on the Cinderella set in her rags! Dawn looks stunning even in rags and leaning over those barrels of Gin showing off her tits is enough to drive a man crazy.

Several shots of Dawn from this set appeared in Kamera No.57 through to No.59 where she appeared on the cover. I’m missing those editions, so not sure if this actual image appeared? but who cares as I have the original negative to blow up as big as I want. Maybe I need a life-sized version of Dawn 🙂 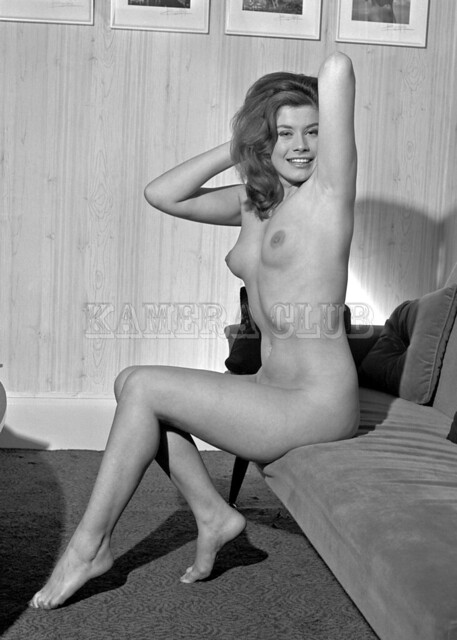 The sumptuous Dawn Grayson at her best by Harrison Marks on the sofa at his flat. Sometimes it’s the simple things that appeal and seeing Dawn sat posing like that certainly works.

I’ll leave you with this shot to ponder and enjoy as I head off for a week. No medical issues this time just a weeks break away in North Wales enjoying the scenery and weather! Enjoy and see you all in a week 🙂 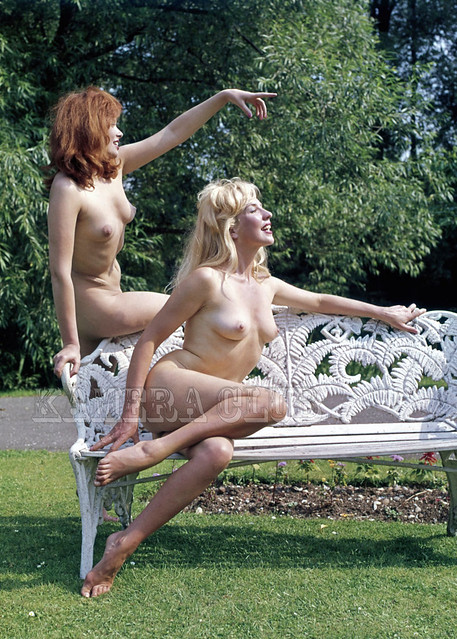 Another shot of this perky duo of Dawn Grayson & Lisa Hamilton. Taken by Harrison Marks at Ewhurst this features both beauties posing on the front lawn with the driveway behind them as they perch on the white iron bench.

I love their slender bodies and perky little tits as they pose in the sun and Dawn’s hair looks so lush and red in this shot. Both have very similar bodies, but Dawn beats Lisa every time 🙂 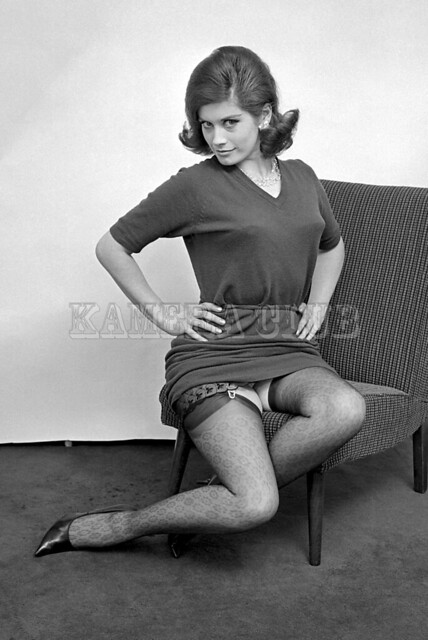 A new scan of an original medium format negative of the stunning Dawn Grayson. Just a flash in this shot above her slightly raised skirt allowing us just to see some flesh and stocking tops. A stunning set of Dawn that teased and titillated but never went too far.

This image was part of a small set of 6 shots that appeared in Beautiful Britons No.230 under the title ‘Nice Finish’. Dawn at her absolute best 🙂