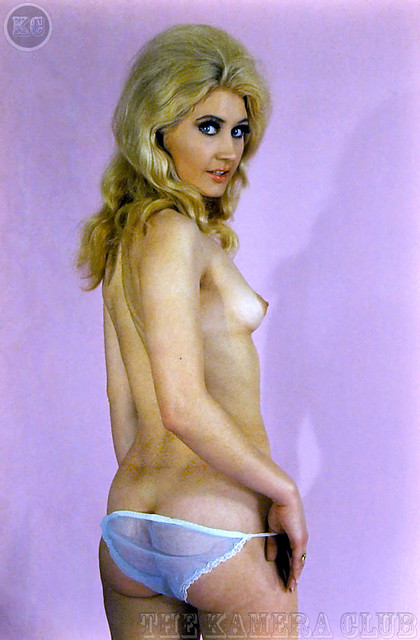 Another new model to this site and one that worked with Harrison Marks in the late 1960’s. According to my notes from the old GHM site Karen, was a young German actress that arrived in London in October 1968 to audition for a part in the next Harrison Marks feature film, ‘Nine Ages of Nakedness’. She got two parts, in one of which she shares a bed with GHM for the film’s title sequences. She didn’t actually appear in any of his publications, but there are images taken of Karen by GHM out there if you can find them?

This shot was a superb find thanks to member Ozprof who pointed out a whole collection of 35mm slides from the 1960’s and 70’s being posted over on VEF by user Whyriley. Hundreds of slides of some well known models, such as Teri Martine, Gloria Lomax, Tina Madison and many more. Unknown as to where they were taken or by whom, but a great shot of Karen with her small perky tits!