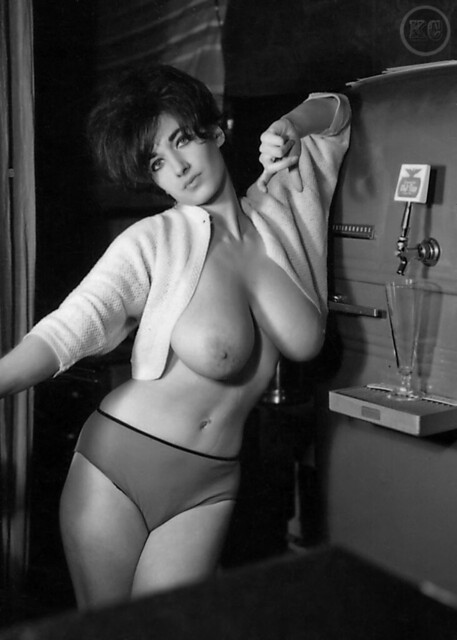 Joan Brinkman 1960’s US Model with two very big assets! A first appearance of Joan on this blog, but I’ve been a ‘big’ fan of her for a while and I’d never comes across any new original shots of her until now thanks to Kevin. It all started when I saw this shot of Joan over on Kevin’s blogt and commented I was a fan to which Kevin sent me the above shot plus two others from the same set. It seems this shot and the others were part of a set that appeared in Showcase, Vol.2 No.2 (1962) with Joan as Gina Mayers, but I don’t think this shot actually appeared?

Interestingly I don’t think I’ve seen any shots of Joan where she shows more than just those big tits, yes she’s seen naked in shots, but never showing anything more than her tits! But if you look closely at Kevin’s image of her on his blog you see more than normal!