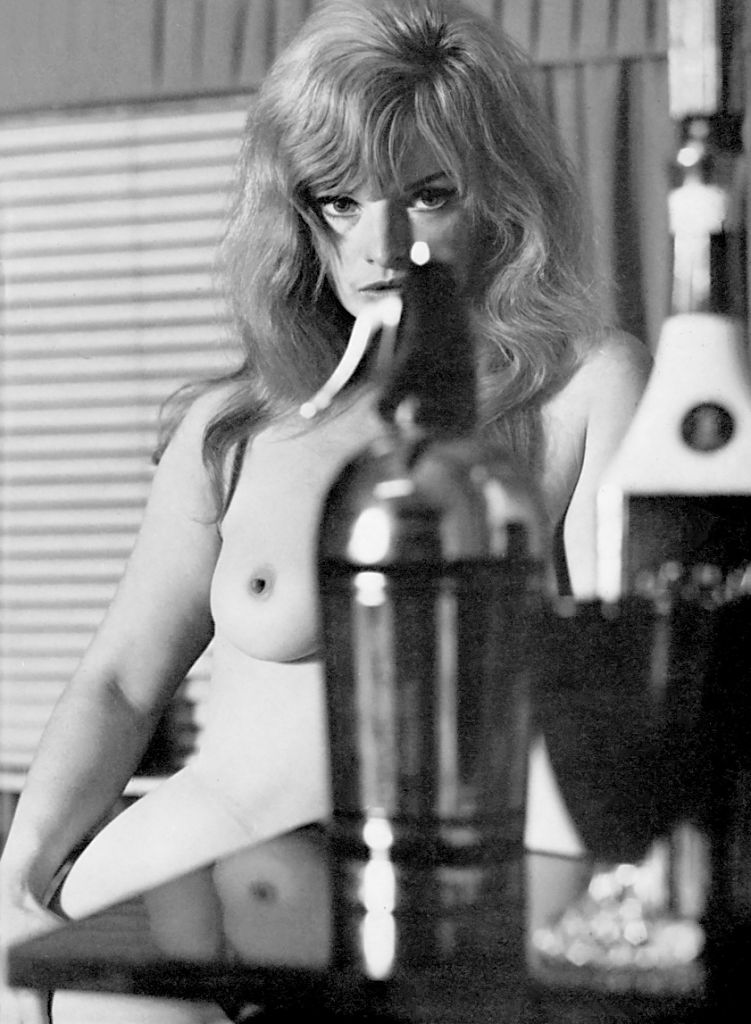 Revisiting this shot of Anna Verdi posing at a bar with a rather badly placed soda dispenser in the way! Taken by Harrison Marks this image was published in Femme No.11 P3 (1968).

I have also included below for members the original medium format version I have in my collection of negatives. This shows the full uncropped version, which in my opinion is better than the one in Femme. The quality and clarity is much better and you see much more 🙂 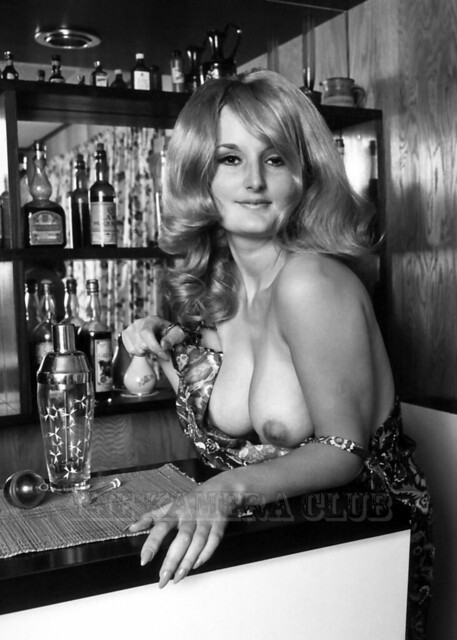 Gill photographed by Terry Sparks showing off a cheeky pair at the bar! I only have her down as Gill in my collection, so no idea who she really is, but another model that favoured a wig. Loving the cocktail shaker in the shot and I’d definitely have what she’s offering 🙂 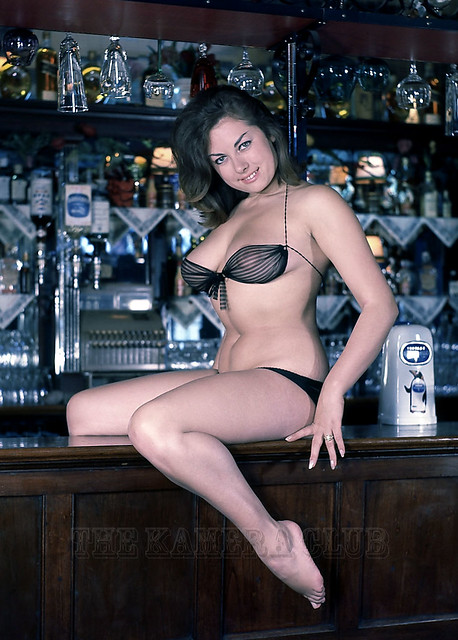 Another restored colour negative of June posing on a bar we’ve seen before in this shot, wearing black underwear. Beautiful pose and what a view to come across in your local when going for a pint!

Two different shots of Sue Owen and her beautiful bottom, both taken by Harrison Marks in his flat, but at different times obviously! The first and my favourite is of a slightly younger Sue with long dark hair posing nude at the bar in GHM’s lounge. A beautiful nude rear view and a few dimples on show, as well as a sneaky peak of one her her small pert tits! I also love that you get to see some of the memorabilia on GHM’s wall, including shots of himself with June Palmer and Stuart Samuels and an individual shot of Caron Gardener.

The second shot of Sue is slightly later when she posed under the name Suzi Khan, but an equally appealing rear shot as she lifts the shirt she’s wearing to flash her bum to the camera. No dimples this time and maybe a slightly rounder fuller bottom on show! Thanks to Kevin for both shots of Sue and her delicious derrières 🙂 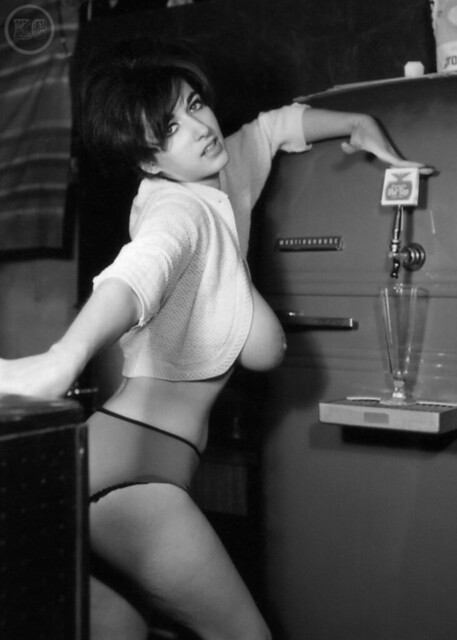 A second shot of Joan Brinkman 1960’s US Model with two very big assets! with the first shot here. It seems this shot and the others were part of a set that appeared in Showcase, Vol.2 No.2 (1962) with Joan as Gina Mayers, again I don’t think this shot actually appeared? I can’t quite work out what drink it is coming from that fridge, but at a guess it could be cider?