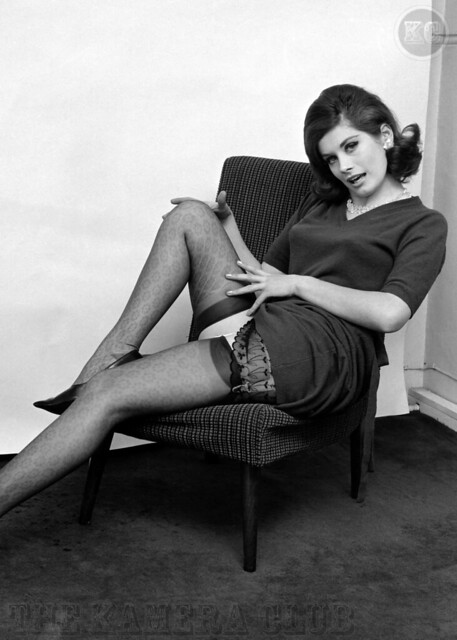 A flash of thigh from Dawn Grayson as she reveals her fancy stockings and slip below her dress! Taken around 1966, similar shots to this one appeared in Spick No.147 (February 1966) but I’m not sure if this actual shot was published? I must admit that in my extensive Dawn collection the biggest gap I have of her is in her Spick & Span, Beautiful Britons shots and appearances.

I’d love to get hold of good quality copies of her Toco appearances or the original images and in particular a set of her posing in the bath in striped top and stockings. It’s on the top of my want list and isn’t even of Dawn nude 🙂