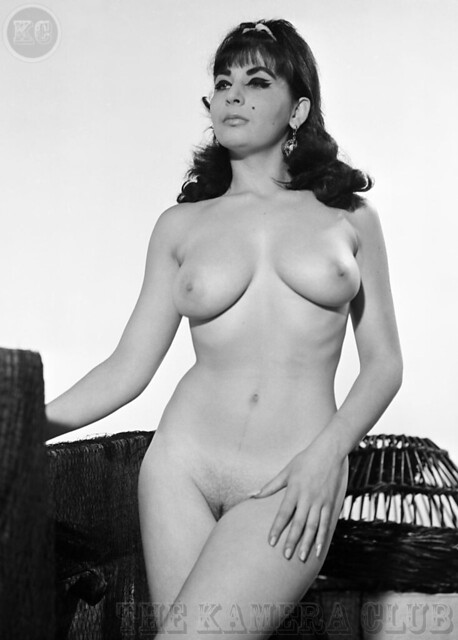 Sandra did three photo shoots with Harrison Marks, two in the studio as above and one at his London flat. Fifteen of the photographs were published, the first of them in Kamera No.74 (1966) and then in No.76 & No.77. The final shot also taken on the Lantern Cottage Set appears on the July page of the 1967 Kamera Calendar. She also appears in two of the newer colour slide sets produced by Harrison Marks, each containing 8 slides of her. Set No.65 features her on the beach set similar to above and set No.66 features her posing at GHM’s flat, similar to this shot.