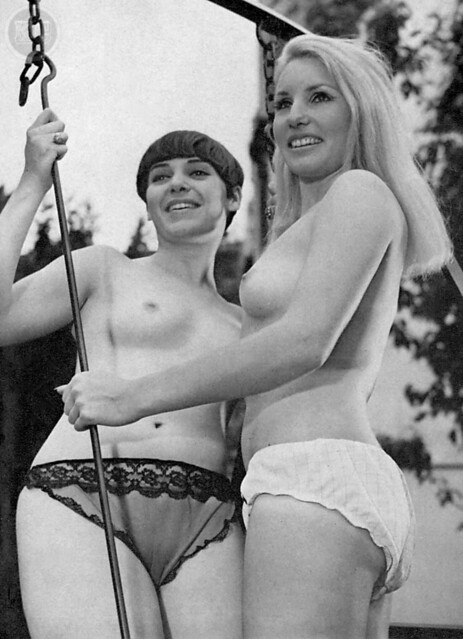 The models known as Vicky & Stevie (Vaughan) from Kamera No.83 P27 (1967) posing precariously on a swing for Harrison Marks! I’ve published a few shots of Vicky and her harsh hair style before, but only one shot of Stevie here, so time for one of them both together. They tended to appear together and separately in the later editions of Kamera and were the slimmer type of model with smaller tits, rather than some of the more rubenesque models we’ve come to love and know.