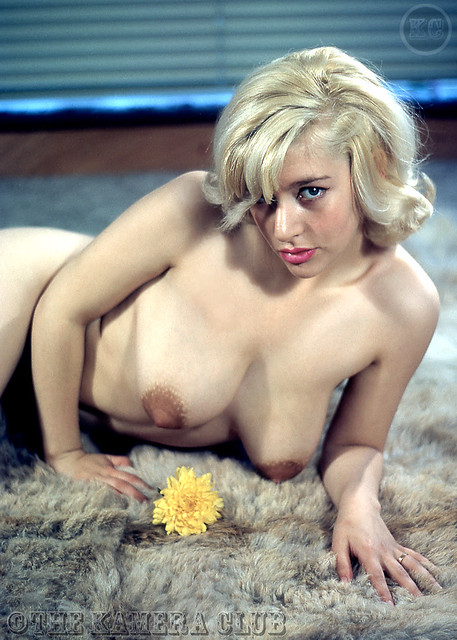 Another Angela today this time Angela Jones from an original 35mm colour slide from a private collection taken of her in front of those blinds with the Yellow Chrysanthemum. As discussed before by the looks of it a bit later in her modelling career, where she has a fuller figure and her tits seem slightly larger and have more droop to them? I do love her bigger darker areola than in her earlier shots. I’m not 100% sure on it being Angela due to the body changes, but facially it sure looks like her? And who says as models mature they don’t get sexier 🙂