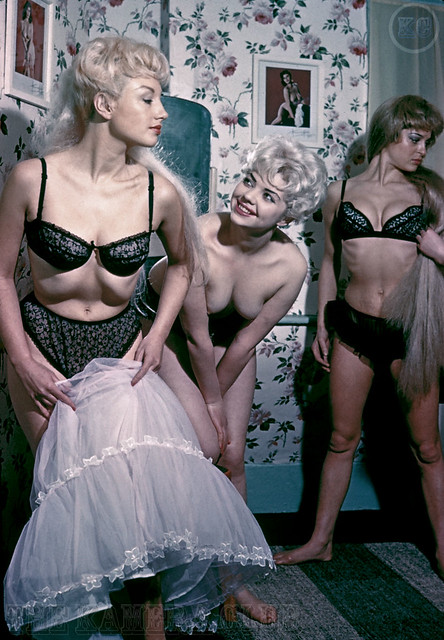 The unforgettable Madeleine Mado (Maria Hale), Mary Deighan and Pamela Green posing in the dressing room from a 35mm Pamar colour slide sent over by Kevin. Although this image of the three girls was taken at the same time as the other images that appeared in Kamera backstage, this specific shot doesn’t actually appear in the publication, so maybe only ended up as a slide? I love the fact it looks like just a snapshot of them all as they undress, but I’m sure it was posed, which shows how natural all three were at posing. Pam looks great stepping out of that petticoat revealing her black underwear 🙂