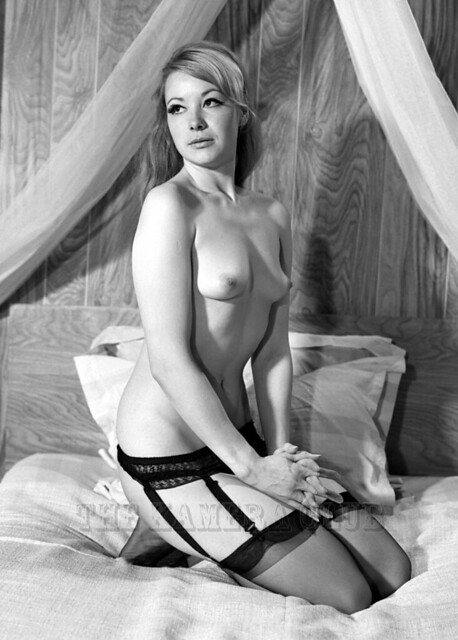 Maya Zell by Harrison Marks posing on the bed in stockings. Another model that appeared later in Harrison Marks career and she featured in his third feature film ‘Nine Ages of Nakedness’ (1969). It appears as if she only did one still photo shoot and this was in the unidentified bedroom or, perhaps, bedroom set, shown above. I’ve checked my Kamera editions towards the end and cannot find her in any? So maybe she didn’t get published, but I do know she also worked with Terry Sparks on a film called the Hell Fire Club, so maybe only did limited work?