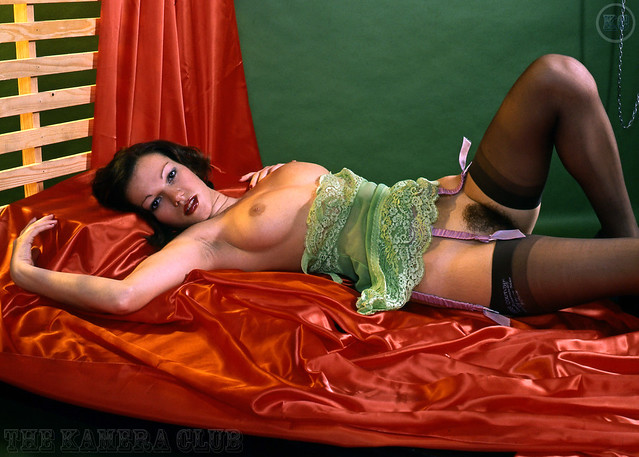 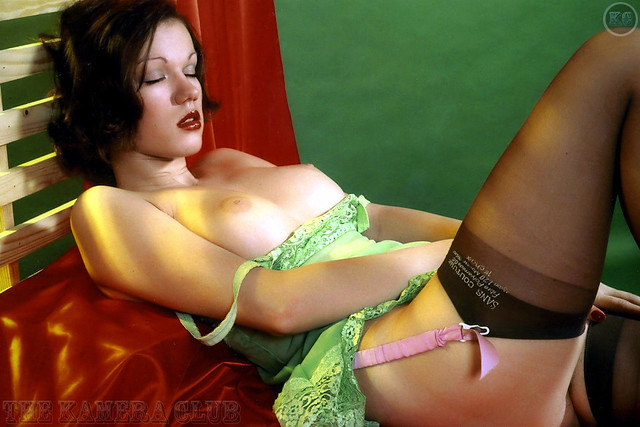 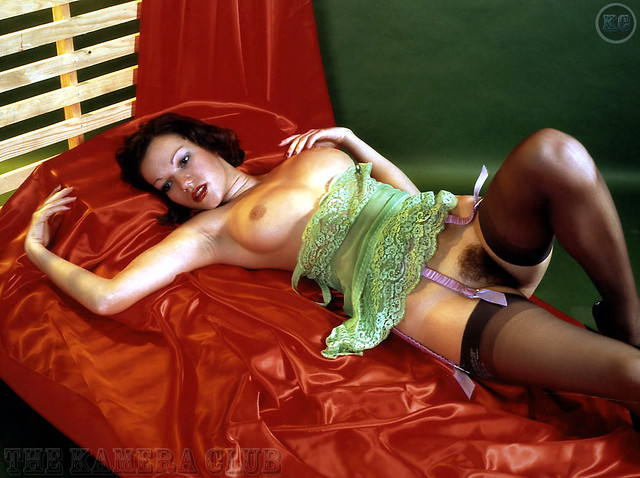 Two shots of Lena Ellis from Sexy Girl Magazine No.4 showing off her wonderful little perky tits, but not sure about the hat/shower cap in the second shot!
No comments Nadine Miller (Cheryl Peters) posing in Sexy Girl Magazine No.14 as a sexy school head mistress! Damn if she ran my old school I’d always be getting sent to the office for being naughty!
No comments Two shots of Hazel Taylor (Ann Dixon) from Sexy Girl No.5. I love the cheeky shot of her slowly pulling down her panties in the bottom shot, but the top shot does it for me!  I think it must be the titillation (very apt word I think!) of seeing her fine figure through the fishnet outfit.
Posting....
error: Alert: Content is protected !!