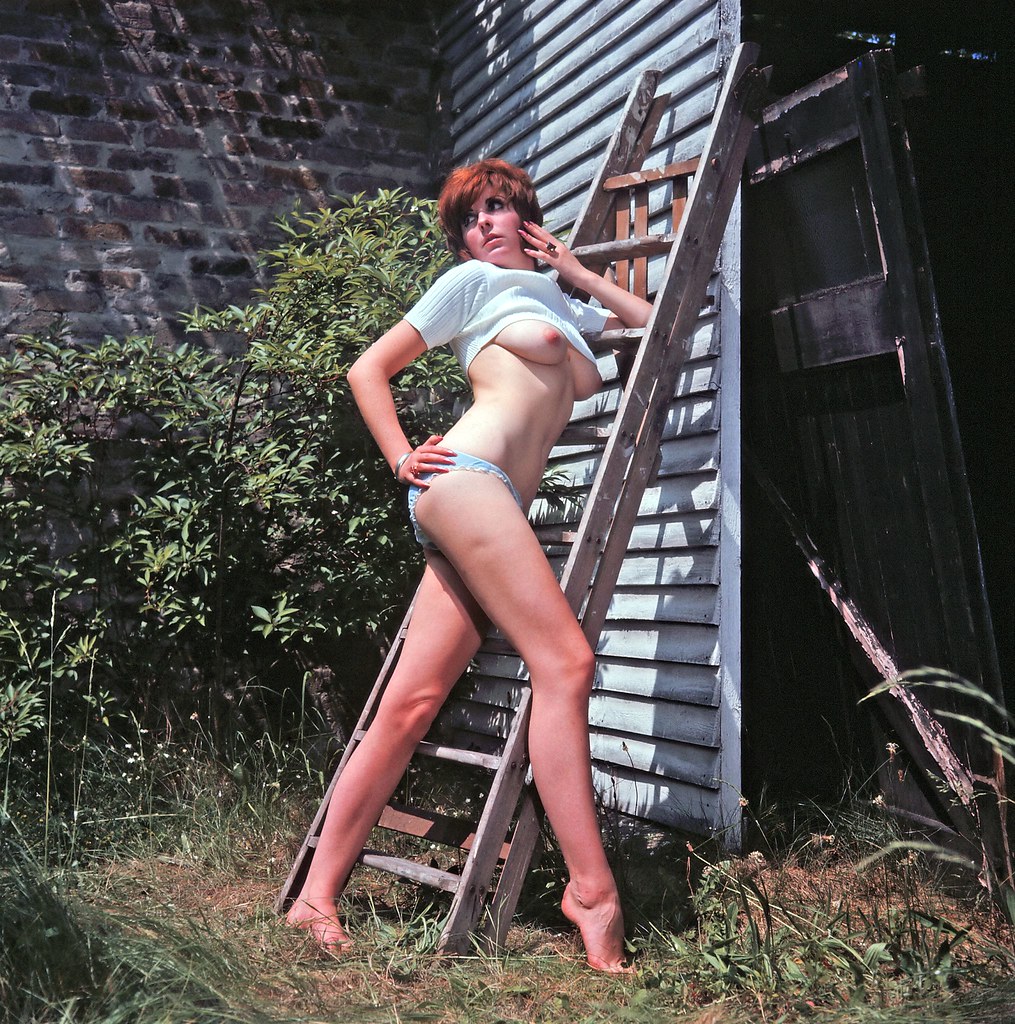 Last, but by no means least the final of the three shots of Vicky Ashley by Terry Sparks. Taken in 1969 this shot shows Vicky posing in the grounds of Ewhurst Manor by the enterance to an old barn in blue panties and white jumper pulled up. Another cracking shot of Vicky by Terry and thank to Terry for continuing to share his shots with me.
2 Comments 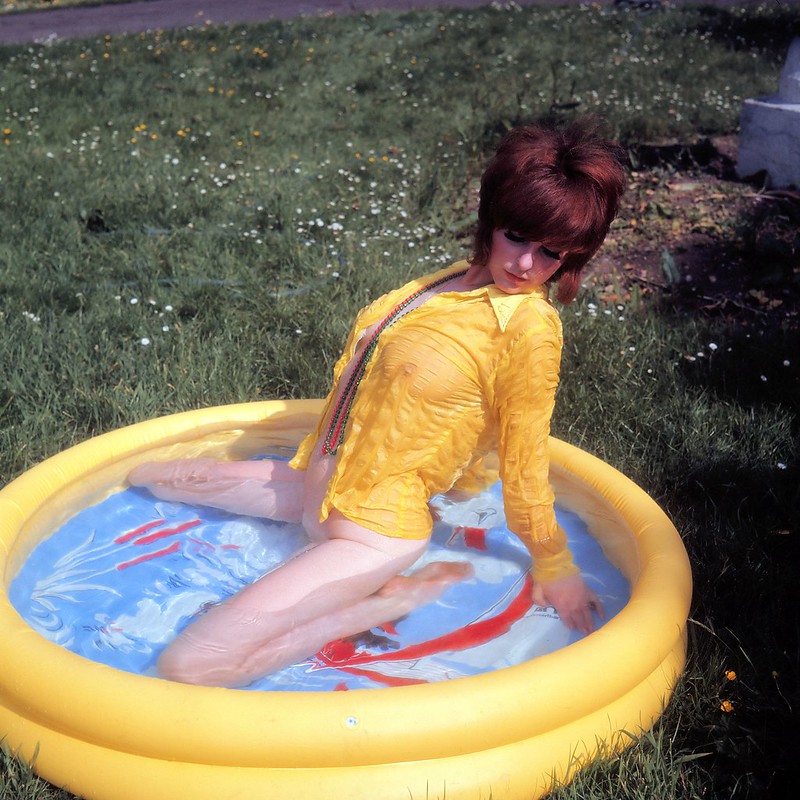 Never has a kids yellow paddling pool looked so inviting as in this shot! The second shot of Vicky Ashley taken by Terry Sparks in the grounds of Ewhurst manor in 1969 (10th June). A wonderfully composed shot by Terry of Vicky, with the wet yellow blouse working very well with the yellow of the pool. Only one more shot of Vicky by Terry left to go at Ewhurst, which is a shame as I’m really enjoying these shots of Vicky, especially this one.
Thanks again to Terry who continues to provide some shots of his fantastic work with the models, along with great narrative about his time shooting all these lovely ladies. He’s now sent me a list of all the models he worked with and wow he had a hard job and I look forward to hearing more about his time back then, as it’s always appreciated.
One Comment 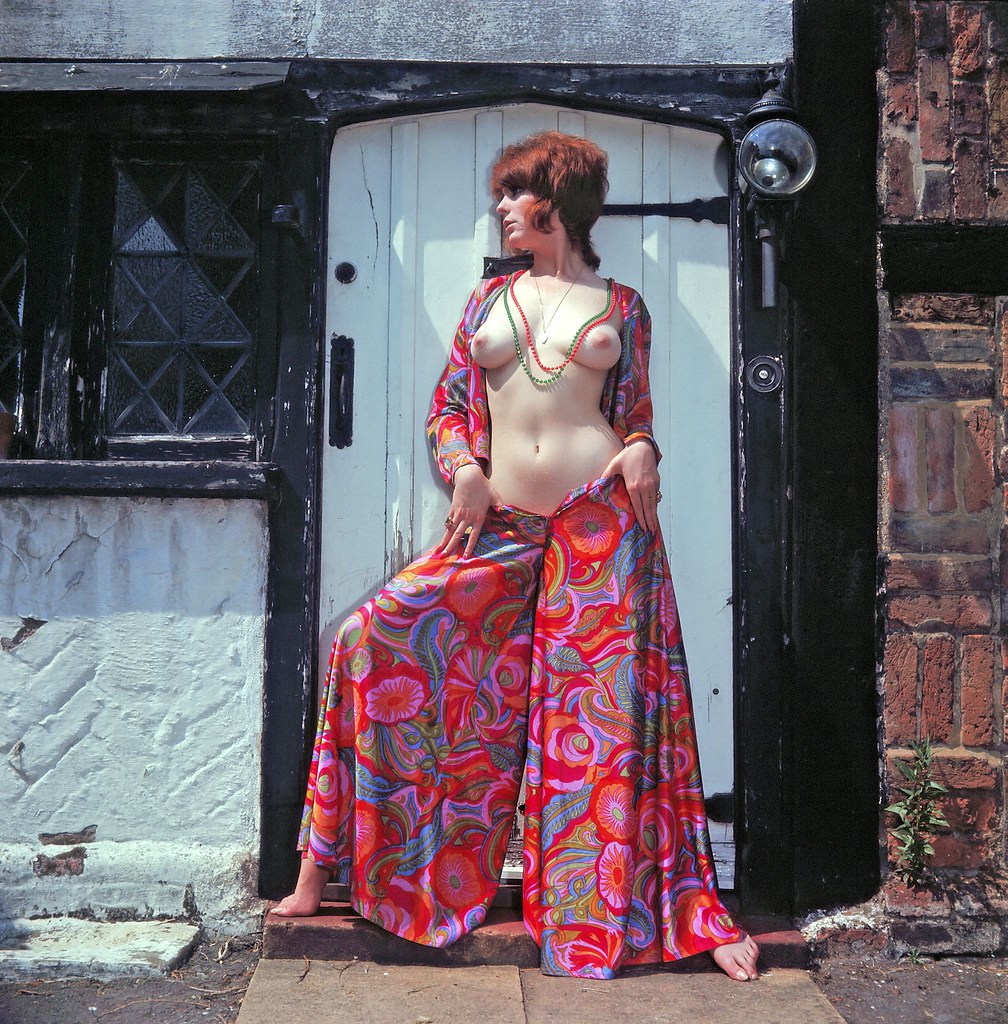 I love this shot for multiple reasons, one it’s an original I’ve never seen taken and sent by Terry, two Vicky Ashley is a new model to me I’ve never come across and three it’s taken at Ewhurst! Finally I’m a sucker for a redhead with a nice pair of tits!
This shot along with two others I’ve been sent were all taken by Terry around the grounds of Ewhurst on the 10th June 1969, which Terry has said was the last time he used Ewhurst as a location as after that he tended to favour Walden Manor in later years of his career.  I love seeing this shot in colour, as you don’t see many of Ewhurst in colour, plus I love the funky trouser suit Vicky is wearing, very 1960’s! Oh and of course nice figure and boobs!
Thanks to Terry for sharing this shot, which is now a favourite!
Posting....
error: Alert: Content is protected !!