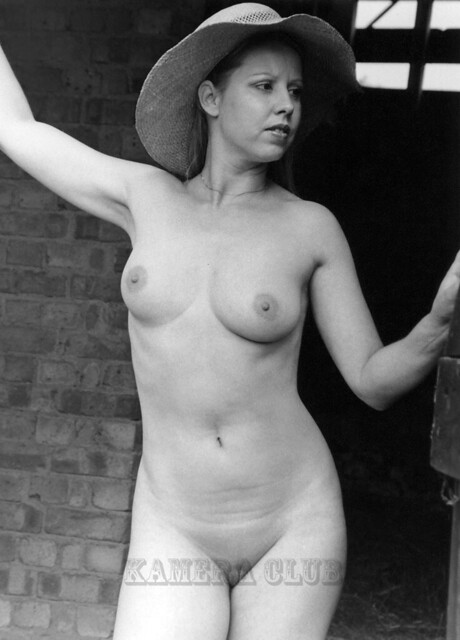 The final Anita in my collection with a beautiful exposed Anita Terry from a 10 by 8 print. Posing in a barn doorway with just a sun hat for shade we get a fabulous view of Anita’s curves. As well as that perfectly smooth pussy.

Another flexible and popular UK model that posed for Bainbridge and many others over her career. Although I never think she posed for Harrison Marks, but I believe she modelled in the 1970’s and 80’s. 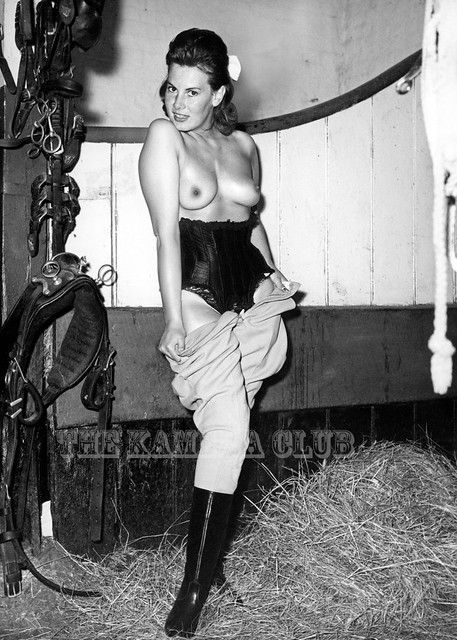 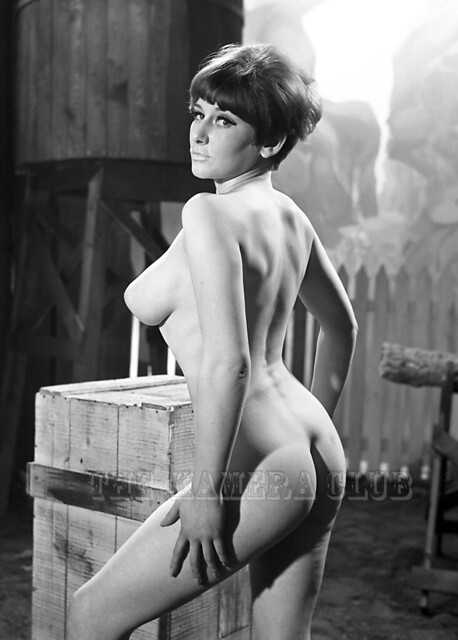 Another Gill Evans shot from a scan of an original negative taken by Harrison Marks. Several from this set appeared in Kamera No.81 (1967), but not this shot for some reason. A stunning beauty and a fabulous profile shot of Gill on the barn set posing with a box ? 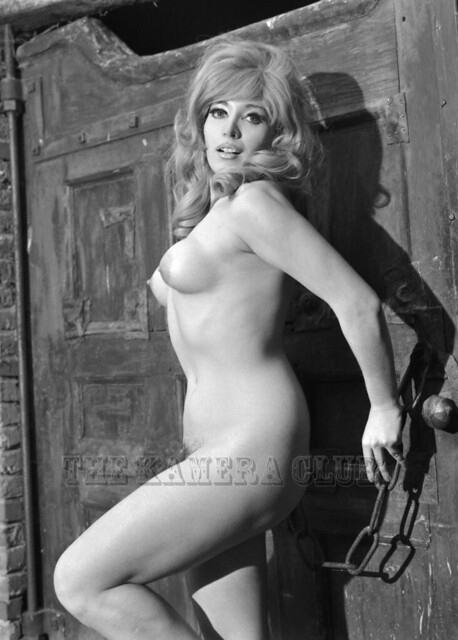 The Unmistakable Sissi Mississippi taken by Harrison Marks posing against a barn door on location at Ewhurst Manor I think as I’ve seen this door appear before in shots by both Terry Sparks and GHM.

Sissi always looks so glamorous in the shots taken of her and is always made up and with perfect looking hair, making me convinced it’s a wig! This is a more sedate shot of her as well, as she wasn’t afraid to show of her full thick bush as well, but in this shot it’s almost hidden by her leg with just a hint poking out 😉

Time for another June Palmer glamour film, this time filmed by Russell Gay and titled ‘Beauty & The Barn – Part 1’. The premise of the film is a simple one, a young June enters a hay barn and feeling sleepy decides to take a nap, but not before she strips out of her clothes first!

The date of the film is unknown, but June looks to be fairly young in it, so probably late 50’s or early 1960’s? She also has the long hair and beauty spot on her cheek, which I’ve seen in other shots of June taken by Russell Gay, so I would assume all taken at around the same time? Thanks to John W for this film, plus additional music and he’s also provided part 2, which takes up where part one finishes 🙂