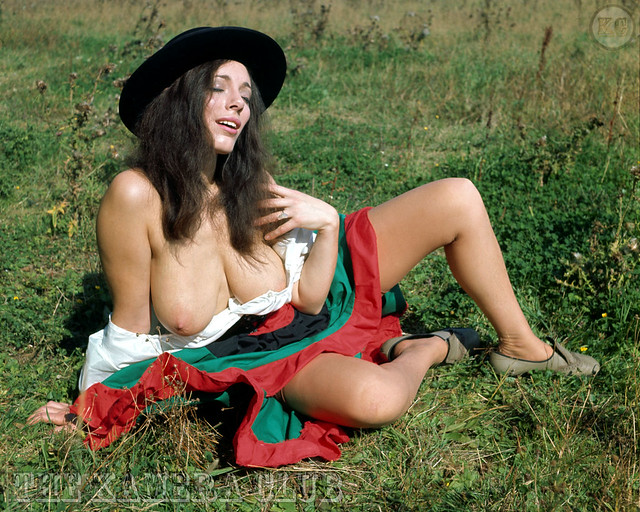 A beautiful shot from a colour negative of Angela Duncan as a Sensuous Señorita. Images from this set were published within a 48 page magazine called The Sensuous Senorita! (1970) and are from the same set of original images I’ve posted here. This particular shot doesn’t seem to appear in the magazine in either black and white or colour, so seems have been left out?

Simply too good a shot of Angela with those magnificent tits hanging out her opened blouse to be left out in my opinion, but worthy of posting here 🙂