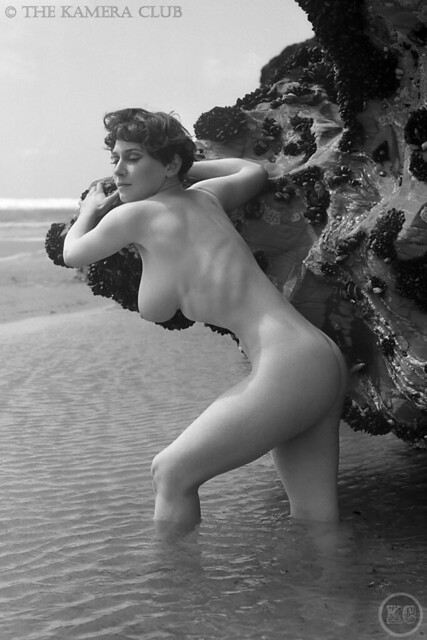 Gill Evans having a quick dip in a rock pool down at the beach in 1966. Taken by Harrison Marks in the summer of 1966 on his two week trip with his models to Bedruthan in Cornwall for images that would later to appear in Kamera on Location 66 and several Solo editions featuring his popular models. Gill was a model from the second week of the trip and seemed to enjoy being in the water, or so it seems as she is photographed in the sea, rock pools and a river in various shots throughout Kamera on Location 66.

Gill had a cracking figure as shown in this side profile shot and incidentally this is from one of my first negative purchases and scans from a few years ago. 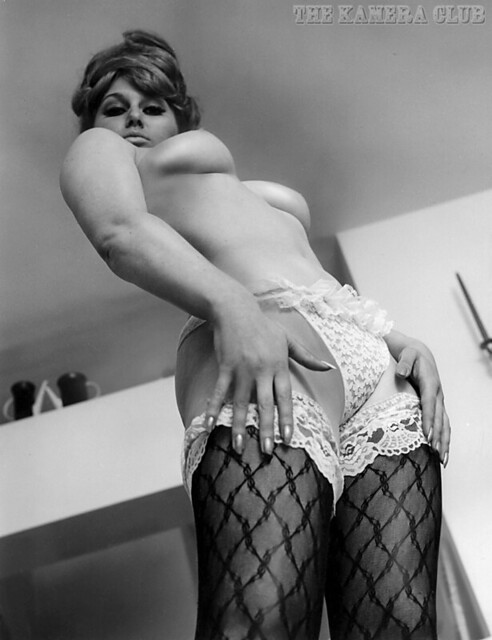 A black and white print of Gill Evans wearing some very fancy frills, including the lacy garters and frilly white panties, all enhanced by the black stockings and from a very different angle indeed. 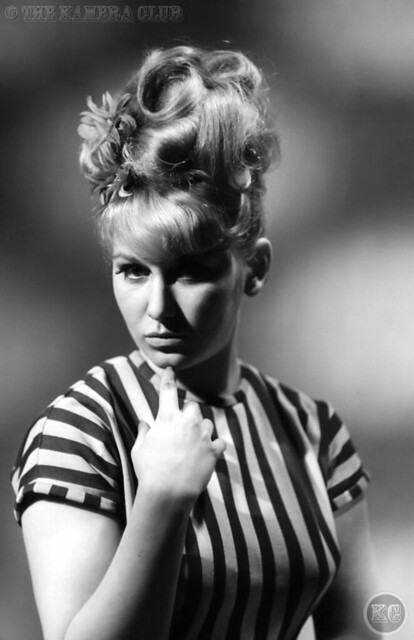 Another of my non nude negatives, this time a 35mm black and white portrait shot of Gill Evans. Fantastic styling of trhe hair in this shot and I also have a colour shot from this set, so know the flower in her hair is blue, if anyone was interested 🙂 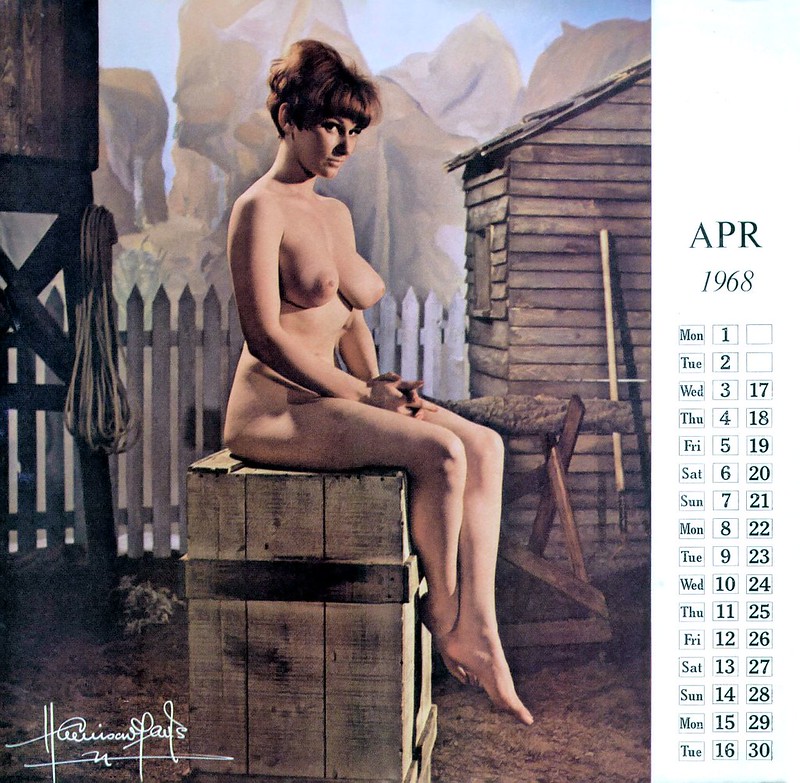 Another Gill Evans shot with her wearing the blonde wig, this time from Fiesta Magazine.  My notes say from Fiesta Vol.2 No.3 (May 1968), but checking over on CreamCheese I don’t see this shot in the magazine scans, so who knows where this came from?
6+
error: Alert: Content is protected !!