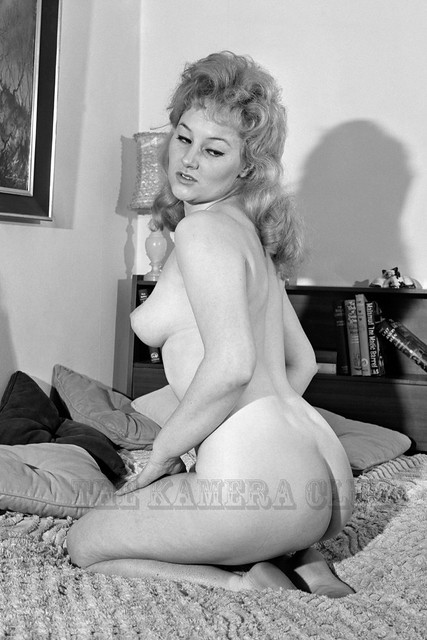 Another shot of Gwen Ford posing on the bed in the flat of Harrison Marks from an original negative. Gwen appears twice in the 1965 Kamera Special No.5, both shots of her posing in GHM’s flat on a bed as above, but this rear view doesn’t appear. 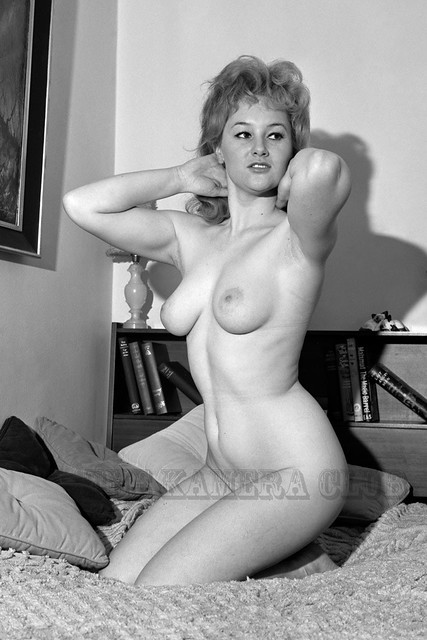 Gwen Ford posing on the bed in the flat of Harrison Marks from an original negative scan. Gwen appears twice in the 1965 Kamera Special No.5, both shots of her posing in GHM’s flat on a bed as above, but I can’t find any shots of her in Kamera around 1965, but I do have some gaps. GHM’s love of cats makes an appearance again with the ceramic cats on the shelf in the background.

I had a wonderful surprise package in the post this morning comprising of 4 fabulous films sent to me by member Mike, who thought I would appreciate the films for the site. He was not wrong and what a wonderful set of films they are! We have the fabulous June Palmer in “The Naked World of June Palmer” by Harrison Marks, Terry Graham in “Done by Suction!”, Diane Unretouched by Harrison Marks and A Nudist movie titled “World Without Clothes”.

The June Palmer film is plenty of June by GHM, but the Terry Graham film promises 10 tantalizing minutes of her doing some ‘surprising things with a vacuum!”. Diane unretouched is actually a Maximus film featuring uncensored views of Nicky Stevens and the Nudist movie features Gwen Ford. I’ve not seen these films as I don’t have digital copies yet, but they were converted by Colin from Cine Film 2 DVD for Mike and I’m hoping to get copies soon. Once I’ve got copies I will of course share all the films on here with members as requested by Mike. 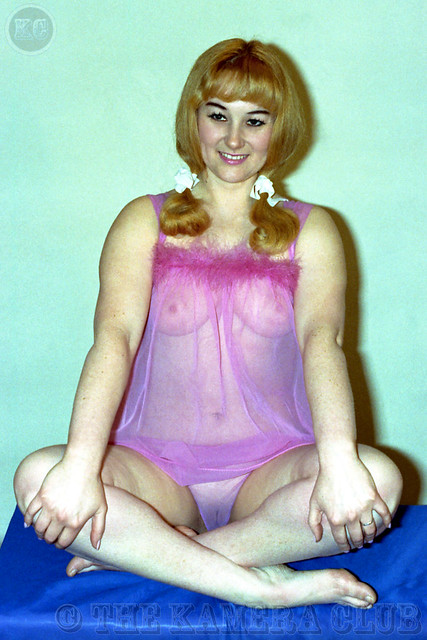 A scan of an original 35mm colour slide of Gwen Ford posing in a sheer pink babydoll nighty and matching panties. Does it get any better than this when it comes to sheer outfits and this little pink number, not only does the sheer material allow you to see Gwen’s body and tits, but the sheer panties also expose her smooth slit below. Love the addition of pigtails giving a fabulous overall effect from Gwen. 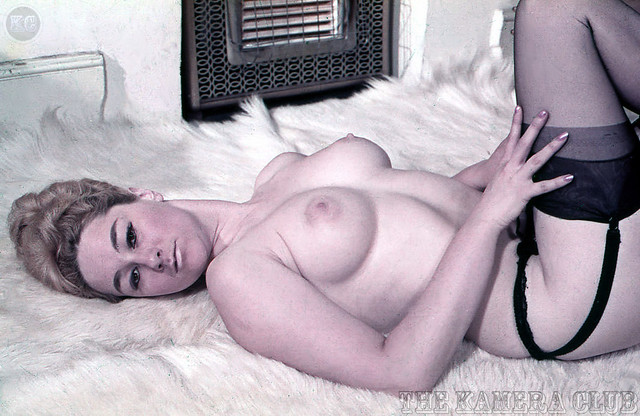 Gwen Ford in just black stockings and high heels posing on a sheepkin rug from a couple of restored 35mm slides at Strobe Studios. I assume it’s Strobe as the second shot shows several June Palmer prints on the wall, either that or the studio was a big fan of June, but I think it was Strobe? Two great shots of Gwen with her hair up, if still slightly pink after restoration and nice electric fire in both shots 🙂