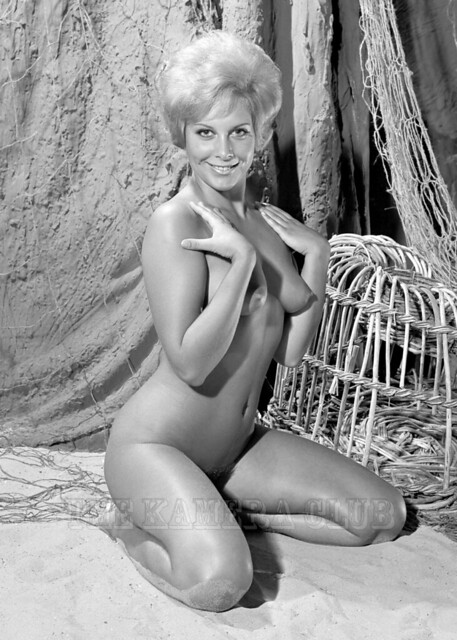 A simply beautiful shot of Sue Owen posing on the Lantern Cottage set by Harrison Marks. Sue back in her blonde stage as she kneels amongst the lobster pots and nets. A simple look from Sue as well this time, as we are used to seeing her with dark eye liner. Here she looks very plain although the rest of her makes up for it 🙂 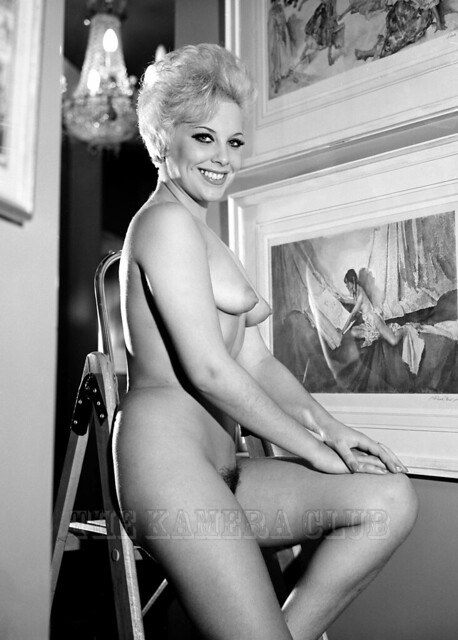 The stunning Sue Owen sat atop a step ladder as she poses for Harrison Marks in his flat I think? A fabulous smile as she sits there naked showing off her small tits and hairy bush with a couple of masterpieces in the background. All very artistic!

Two different shots of Sue Owen and her beautiful bottom, both taken by Harrison Marks in his flat, but at different times obviously! The first and my favourite is of a slightly younger Sue with long dark hair posing nude at the bar in GHM’s lounge. A beautiful nude rear view and a few dimples on show, as well as a sneaky peak of one her her small pert tits! I also love that you get to see some of the memorabilia on GHM’s wall, including shots of himself with June Palmer and Stuart Samuels and an individual shot of Caron Gardener.

The second shot of Sue is slightly later when she posed under the name Suzi Khan, but an equally appealing rear shot as she lifts the shirt she’s wearing to flash her bum to the camera. No dimples this time and maybe a slightly rounder fuller bottom on show! Thanks to Kevin for both shots of Sue and her delicious derrières 🙂