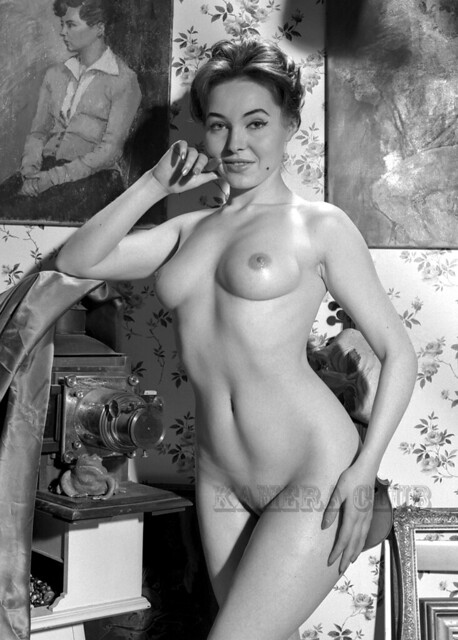 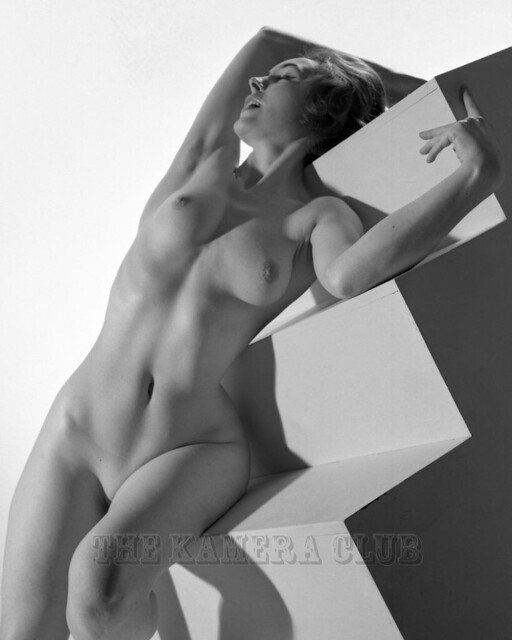 Sally Ann Scott by Harrison Marks posing on a set of steps in the studio. I’m not sure if this studio shot of Sally Ann was ever published in Kamera as don’t recall seeing them, but she posed for Harrison Marks on 3 separate occasions in the studio between 1960 and 1961. Images from those sessions were to appear in Kamera No.30 (1960) and then in No’s 33, 41, 42, 47, 57, and finally one shot each in No.64 & No.74. So although he used her shots it seems to have been very sporadically compared to other models. 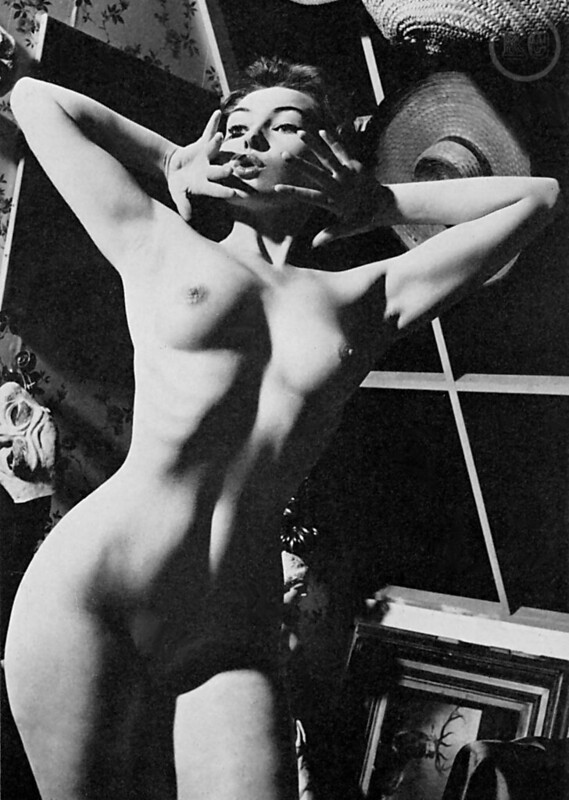 Sally Ann Scott posing on the loft set from Kamera No.74 P12 (1966). To say this model had been bugging me for a long time would be an understatement, as I recognised her but couldn’t put a name to the body! Well now I have a name thanks to Kevin who sent over a different shot to this of her by Harrison Marks.

It seems to be Sally Ann Scott who posed for Russell Gay in several of his publications, but I had no idea GHM had taken shots of her as well? The official model listing on the old Harrison Marks site had her down as Tina Madison, but it’s definitely not her. Sally Ann posed for Harrison Marks on 3 separate occasions in the studio between 1960 and 1961. Images from those sessions were to appear in Kamera No.30 (1960) and then in No’s 33, 41, 42, 47, 57, and finally one shot each in No.64 & No.74.

I’ve also include a close up of another shot showing Sally Ann’s full face and the distinctive mole on her chin, which I’d noticed before but not really associated with it be Sally Ann, plus she also has a hair up in all the GHM shots. 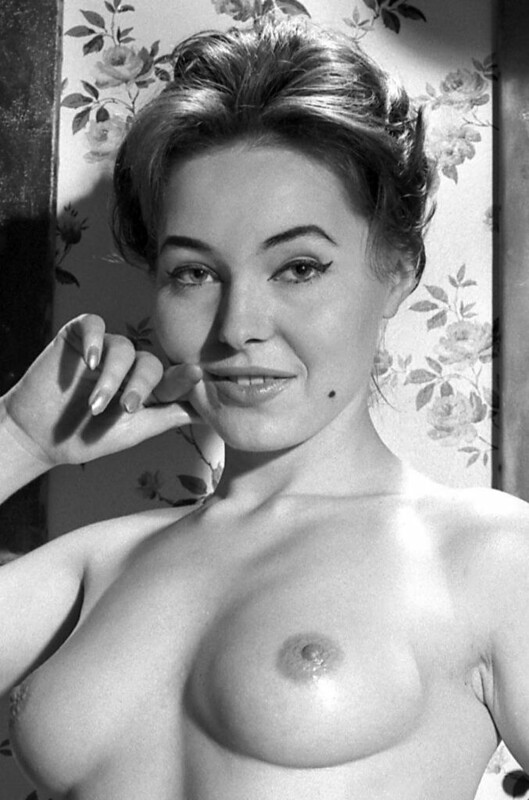 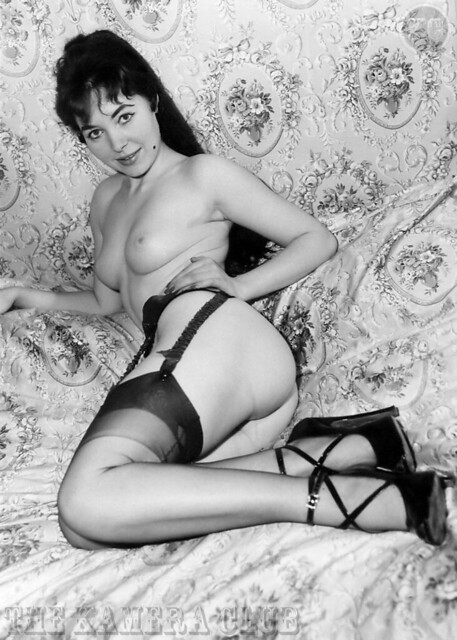 A very sexy looking Sally Ann Scott as she poses on the bed in high heels and stockings. I’m not too sure about the matching wallpaper and bedspread, but Sally Ann and her small pert tits and bum looks fabulous in this shot. I always get Sally Ann mixed up with Diane Watson, although Diane seems to have more of a handful 🙂