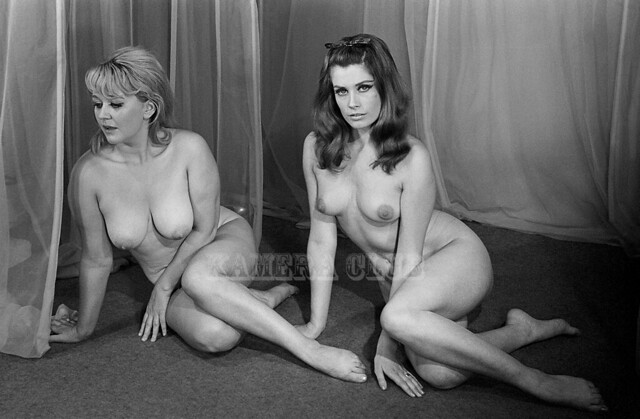 The delicious duo of Dawn Grayson and Rita Schondale from a set of 35mm negatives. Taken on 20th September, 1966 at Jason Studio’s this is a fabulous shot of the two women. Rita has the more curvy figure and was married with children. Whereas Dawn has the more slender frame and smaller tits. Both models were just normal housewives that did a bit of modelling on the side, although Dawn was more famous than Rita.

I love the contrast of the two models and their figures in this shot. Dawn looks especially stunning looking directly at the camera and as elegant as ever 🙂 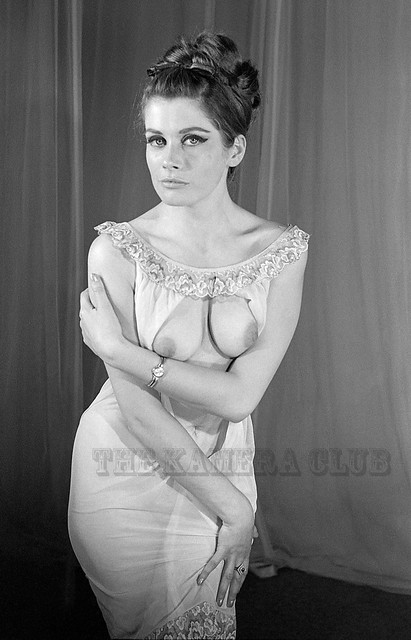 A beautiful view of the stunning Dawn Grayson popping out of a long sheer negligee. This comes from a set of 35mm negatives taken by an amateur photographer at Jason Studio’s in London. I know this because these strips of negatives came in the original negative holder with all the details printed on the front. So these actual negatives were taken at Jason Studio’s on Tuesday September 20th, 1966. How’s that for precise. 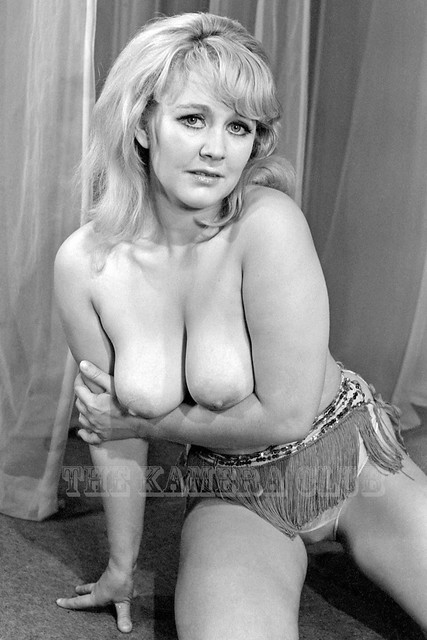 Another superb shot of a 1960’s model named Rita Schondale scanned from an original strip of 35mm negatives. As you can see from above this came in it’s original negative album along with details of the model and location. The album contained 3 strips of negatives totaling 18 photo’s and was shot on Tuesday 20th September 1966  at Jason Studios.

Rita has a more curvy figure and if the details on the album are to be believe she was married with children, which wouldn’t surprise me as many models were just normal housewives that did a bit of modelling on the side. I love this pose as she supports her boobs and the fabulous frilly knickers she’s wearing. Nothing risque in this set as the most Rita shows is her tits and figure, but still fabulous to see. I’ve also recently seen a set of Rita posing with none other than Dawn Grayson as a duo, so she obviously was more than just a casual model? More of Rita to come as well as other models from Jason Studios ?