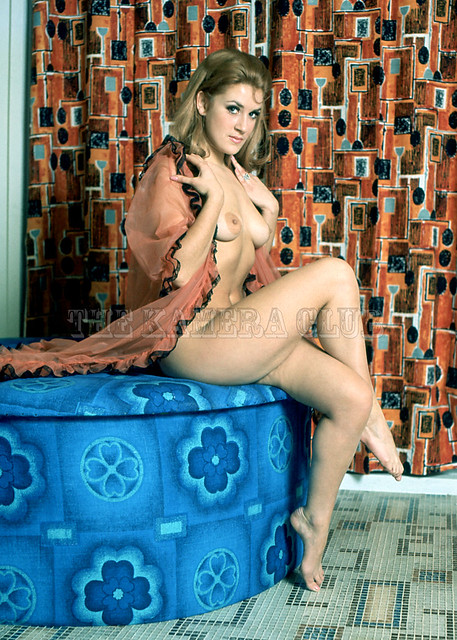 A very colourful shot of the model known only as Michelle by Harrison Marks. A stunning pose from Michelle that is slightly overpowered by the different vibrant colours in the shot, from the patterned orange curtains or the large blue seating area.  The colour and styles are very late 1960’s and have appeared in many other shots from GHM, but seeing them in colour really makes things stand out!

Saying that Michelle is a stunning blonde and looks fabulous in that open long sheer negligee. A shot from this set appear in Nature’s Intention Vol.1 No.2 (1969). She seems to have a thing for wearing negligees, as the only other shot I have of her from Kamera No.87