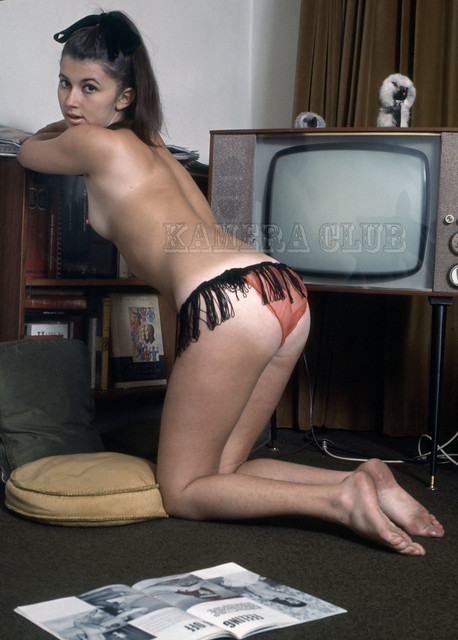 Another shot of this stunning petite little thing, only named as Maria. No idea who took the shots, but it looks like the same location as some shots of June Palmer and Terry Graham, so maybe Arthur Howell? Lots going on in this photo of Maria in the red panties trimmed with black tassels and those small pert tan lined tits!

A real dark haired beauty with slender figure that doesn’t look very old and maybe inexperienced as a model? I say that because an interesting item in this shot is the open magazine. If you look closely you will see it’s a glamour magazine and open on a page showing a model in a similar pose? Maybe the photographer was showing her how he wanted her to pose, or giving her ideas? 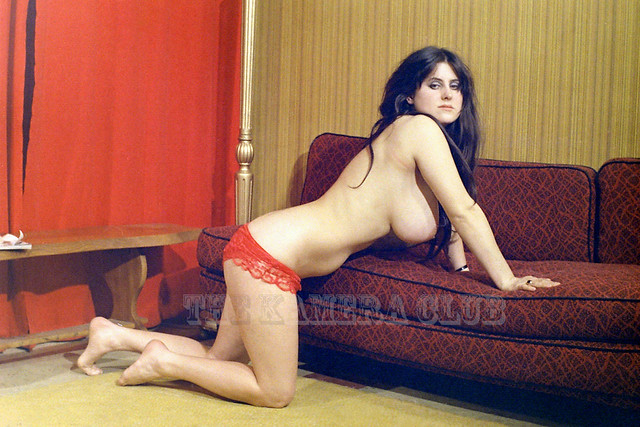 Another original 35mm colour negative featuring Ann Day. Ann was definitely one of the more curvy models from the late 1960’s period and this shot of her bending over the sofa in red panties sure shows off that figure and big tits. 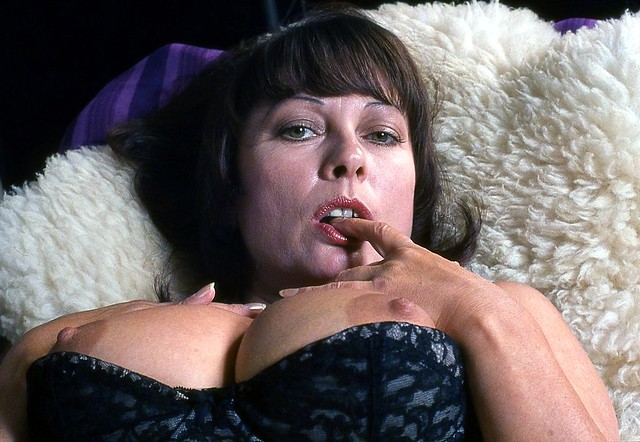 Time for some more mature June Palmer, so here is another original shot of an older June Palmer taken by John Lee of Studio Scotlee in July of 1982. It’s from this set and comes from an original 35mm slide, scanned by John W and passed onto myself. 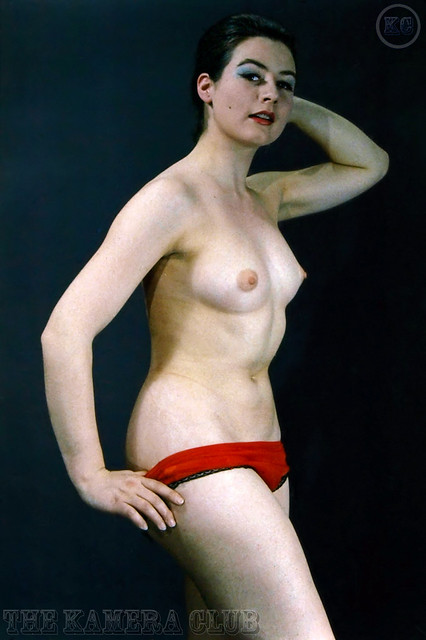 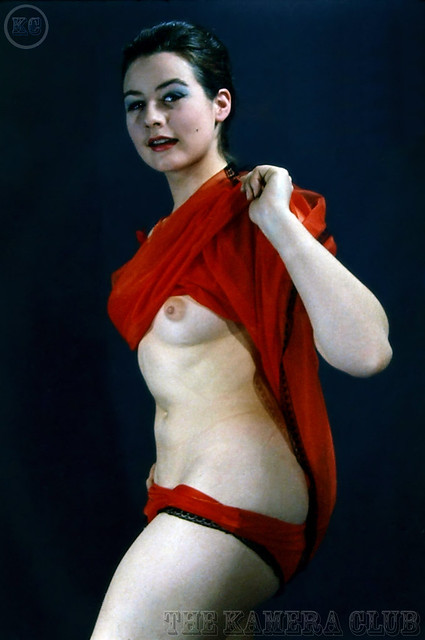 Two more shots of a cheeky little flash from Val Van Dotson from the same set as this restored 35mm colour slide. I love the little red outfit from the red panties to the little red negligee she is lifting to give us a flash of that slender figure! Not the most well endowed model, but a nice little perky pair all the same 🙂 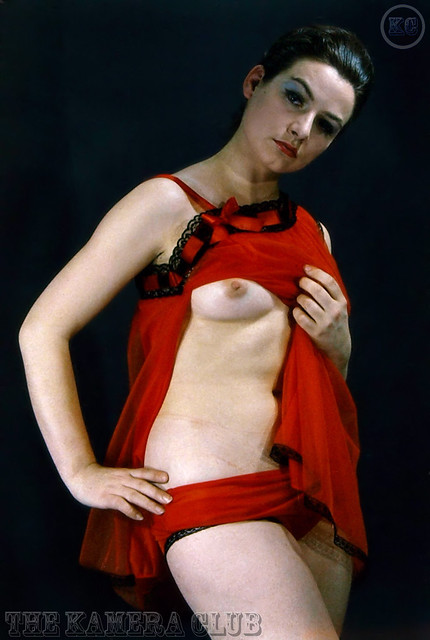 A cheeky little flash from Val Van Dotson from a restored 35mm colour slide sent over by Whyriley. I love the little red outfit from the red panties to the little red negligee she is lifting to give us a flash!