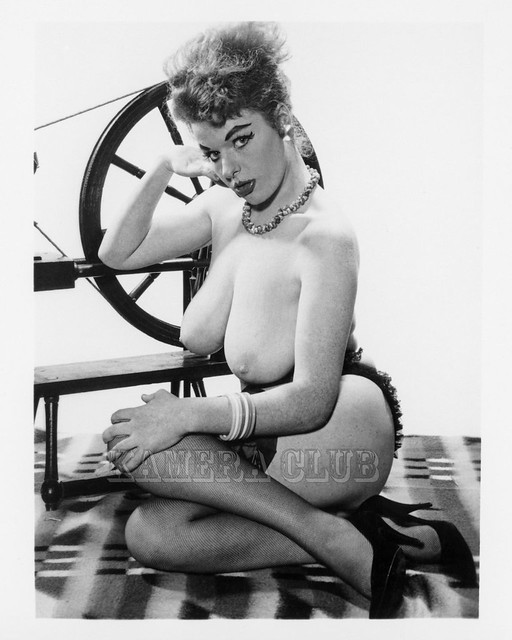 Suzi Shaw spinning a yarn in the studio by Russell Gay. This comes from an original set of 4 by 5 prints that were still in a sealed packet containing 10 prints. Classic Russell Gay style and pose with Suzi in black stockings and high heels posing in the studio with a spinning wheel.

Quite extreme make-up in these shots especially the eyebrows, but love the freckles and those great tits! 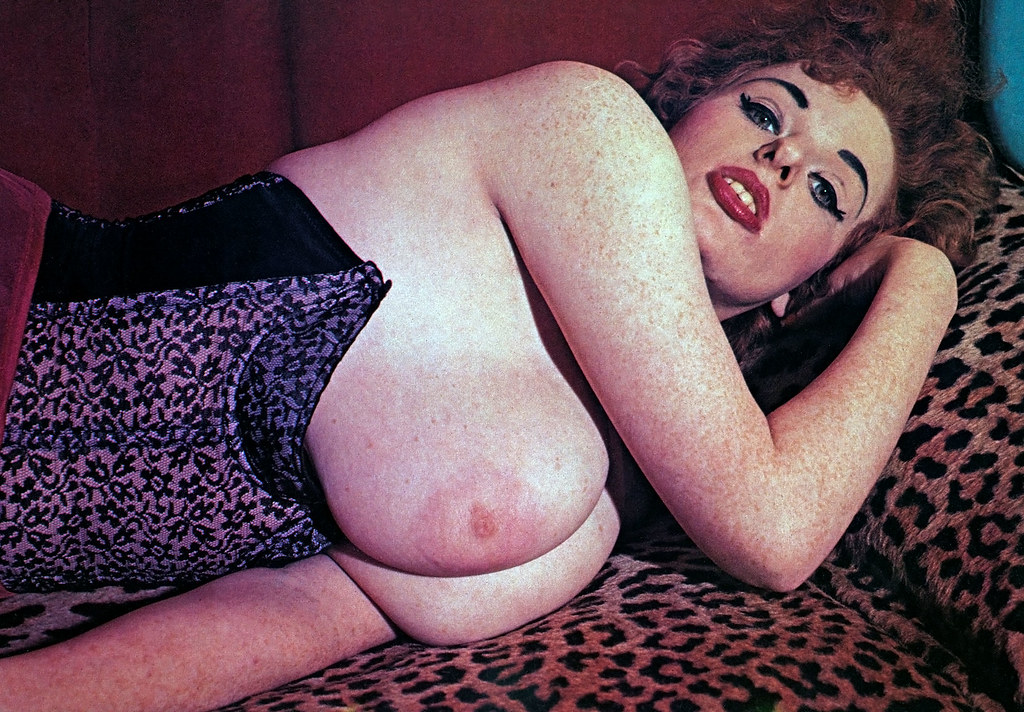 Sometimes scanning through your collection of magazine scans you recognise a model in a shot you’ve not seen before. In this case it’s a very good colour shot of 1960’s UK model Suzi Shaw. The interesting thing is it appeared in a much later magazine Peaches Special No.2 (1975) along with a mixture of newer and older models all with one thing in common, big tits!

The sad thing is I recognised Suzi and the other models immediately plus it’s the only shot I have of Suzi in colour that’s of good quality. What a stunning shot of her laying on her side with those big full breasts exposed. I’ve corrected the orientation of the shot as in the magazine it was flipped 90 degrees anti clockwise so it filled the magazine page. I’m sure Suzi appeared in colour many times I have just missed them 🙂 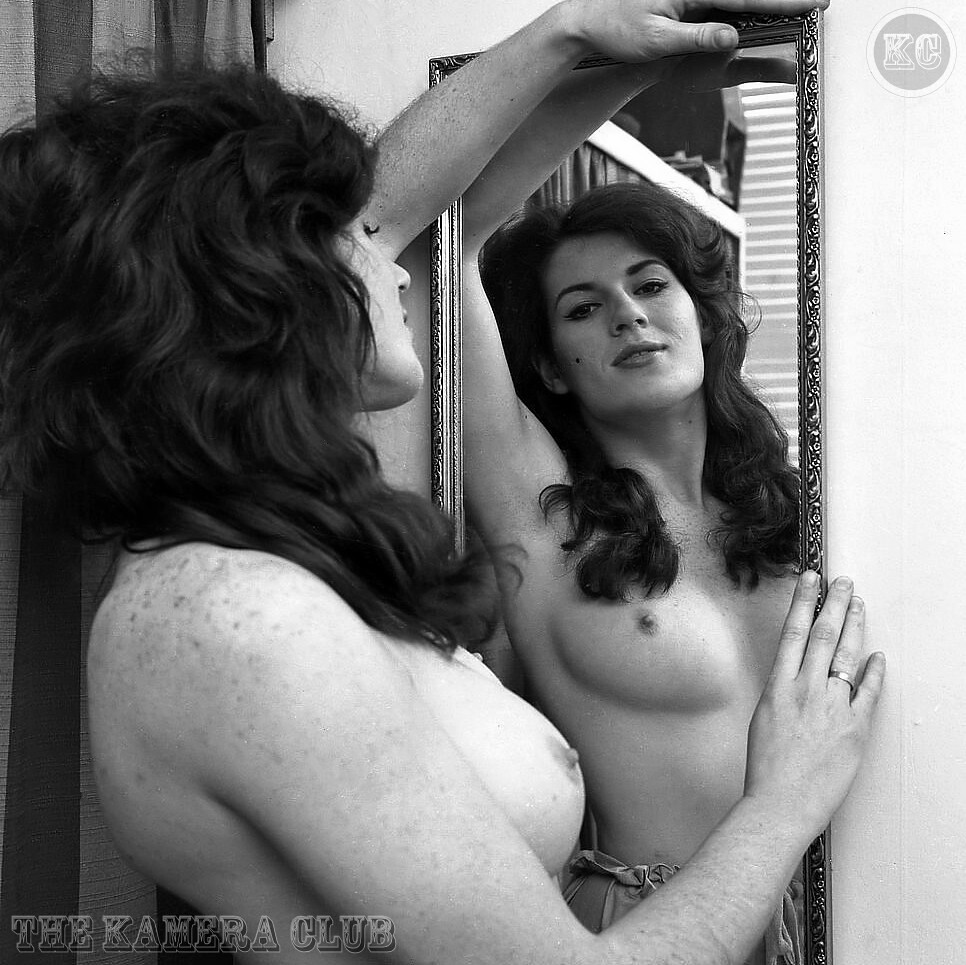 A reflective shot of Maria Clarence showing off her freckles in the mirror. Not just her freckles but her fabulous tits and very small nipples as well 🙂

This comes from an early set I acquired of Maria several years ago of around 40+ shots. All feature Maria posing around someone’s house in different rooms and attire. All tastefully done and mostly topless of nudes with hands or props obscuring anything down below! 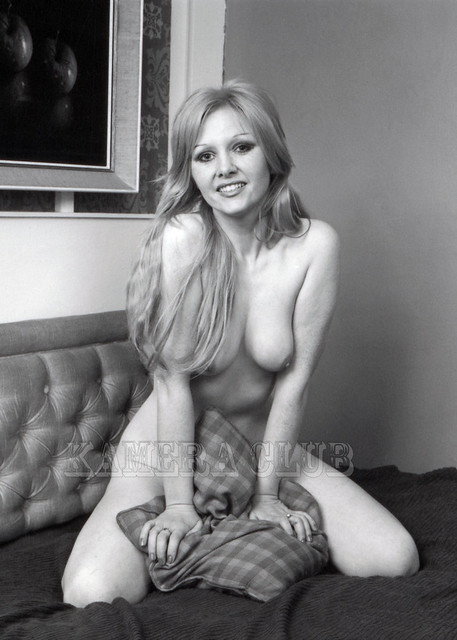 A second post of the vivacious Vera Petrov by Terry Sparks. Taken posing kneeling on the bed naked, but with that damn cushion obscuring a fuller view! Still it’s a fab shot of Vera and such a great smile as well 🙂 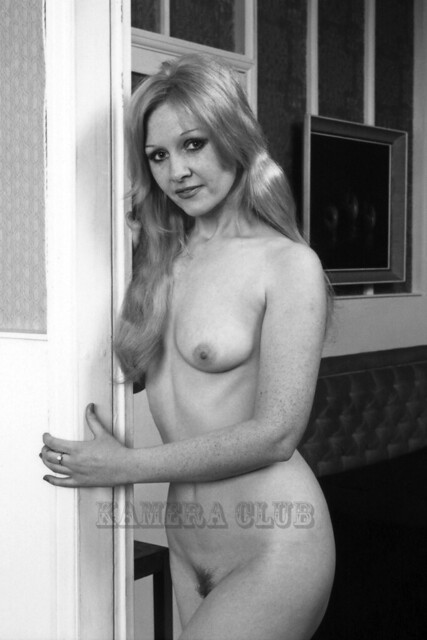 The beautiful Vera Petrov by Terry Sparks. Taken posing in a doorway we get a great view of Vera, her slender figure, small tits and just a hint of natural bush!

This comes from a set of 10 contact sheets in my collection featuring over 100 images of Vera. So plenty more of this beauty to come!