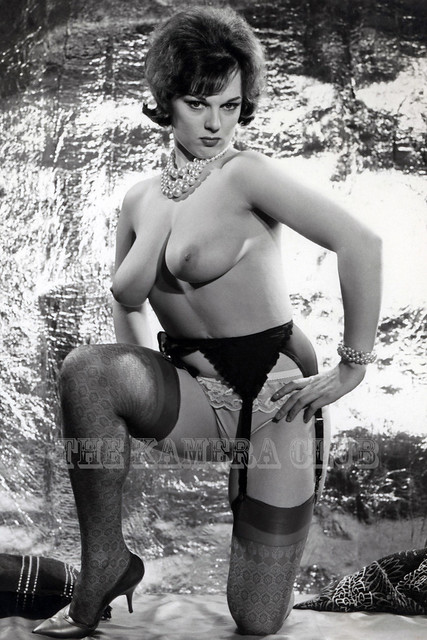 Another brilliant shot and pose of Lorraine Burnett by Russell Gay from an original print in my collection. This is the second shot of two 6 by 4 prints that I have with the first one here.  Another Classic Lorraine in the way she poses in those stockings and panties with the foil background 🙂 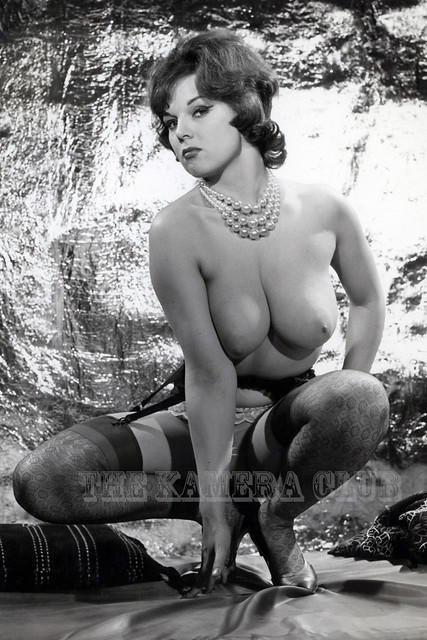 A brilliant shot and pose of Lorraine Burnett by Russell Gay from an original print in my collection. I just love the fancy stockings and pearl necklace in this shot, plus the tin foil background, which in colour shots seems to have a multi-coloured look to it. Classic Lorraine in the way she looks and poses and this shot probably appeared in either Model or QT, both published by Gay. 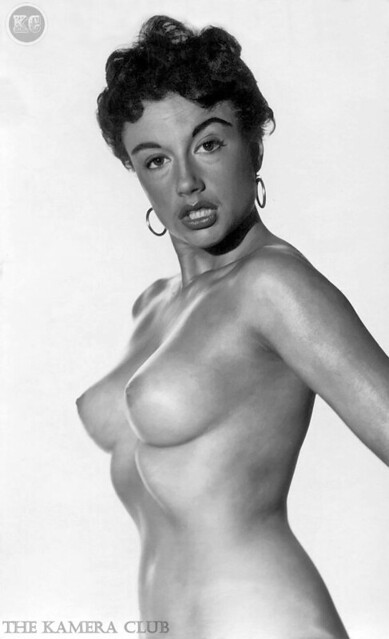 The unmistakable Pamela Green from a set of restored silver gelatin photos taken by Harrison Marks in 1955. Taken in the studio they show Pam during her short dark hair period in different poses showing off her oiled naked body wearing nothing more than a pair of hooped earrings. 1950’s glamour photography at it’s best 🙂 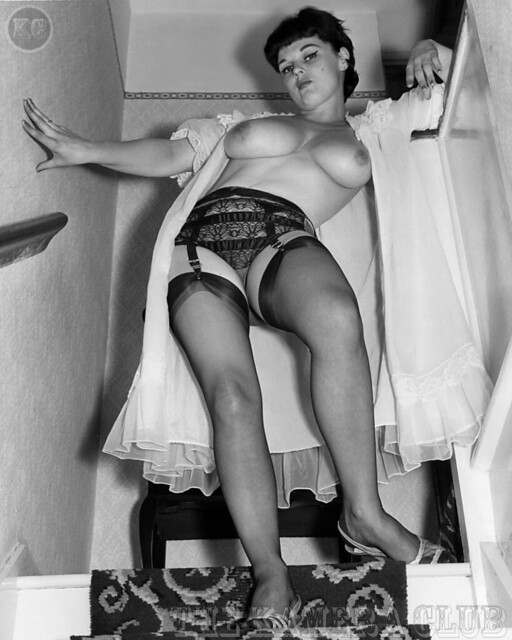 A very elegant shot of Lorraine Burnett as she descends down the stairs in open negligee showing off her black stockings and knickers and exposed ample bosom. I love the stair runner you can just see in the shot, very popular in the 60’s and making a comeback today I believe. I think I’d prefer someone looking like Lorraine on my stairs rather than a runner though 🙂 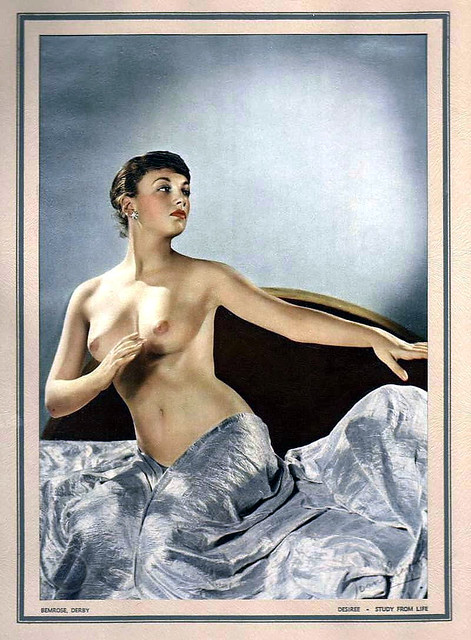 Pamela Green posing on what appears to be a photo from a late 1950’s. Well actually it’s not a photo as such, but is mounted on card with a die cut surround. The surface of the photo has been coated and has a textured surface to make it look like an oil painting, but that doesn’t show on this image. It also has a ribbon attached to the top for hanging and was obviously meant for a calendar? The image measures 9½”x 6½” and presumably published by Bemrose of Derby.

It also has a signature of the photographer on it in the bottom right and that looks to be Joan Craven, which would make sense as she took many pictures of a young Pamela Green in her early days and I think this is a rather nice shot!