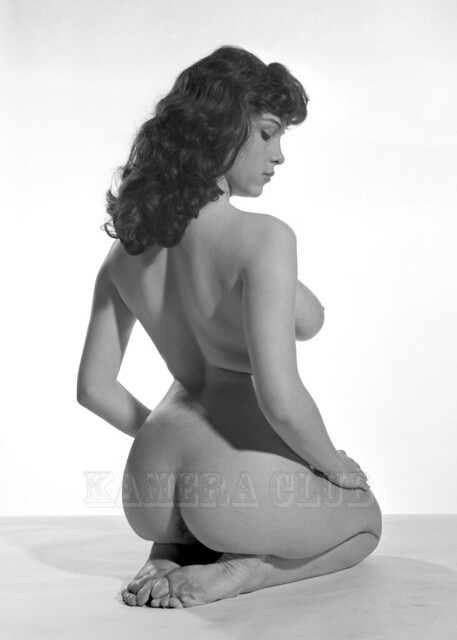 The marvellous Marie Deveraux kneeling in the studio by Harrison Marks. An absolute peach of a shot of Marie from behind with the white background allowing us to see the perfect curves of her figure. Loving that nice rounded bottom as well. Perfectly posed and primed 🙂
3 Comments 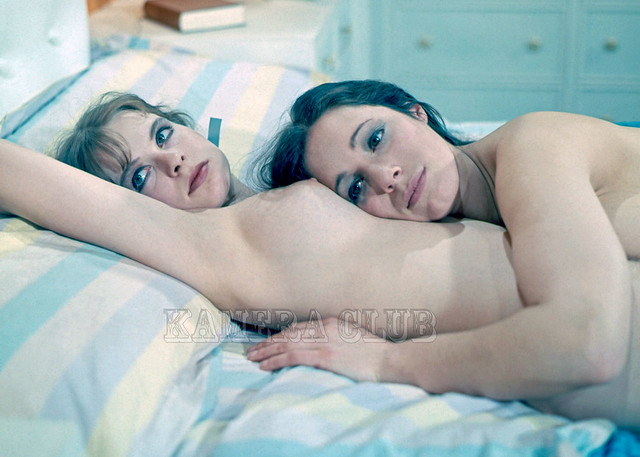 The gorgeous Angela Duncan and friend from a still from the 1970 Harrison Marks glamour film ‘A Hit for Two Miss’s’. Someone recently asked if GHM ever did lesbian stuff, well he did to an extent in the 1970’s and beyond, but most of it was on the softer side. For example the film above plus ‘Garden of Pleasure’ featuring Terry Graham and Scouts Honour all featured two women together in simulated action.

A Hit for Two Miss’s features Angela and unknown model No.56 as a schoolgirl/teacher scenario. I have around 25 stills from the film featuring both as they strip down and end up in bed as above. Again this still has fabulous colour and is a great shot of both women, if a little tame 🙂 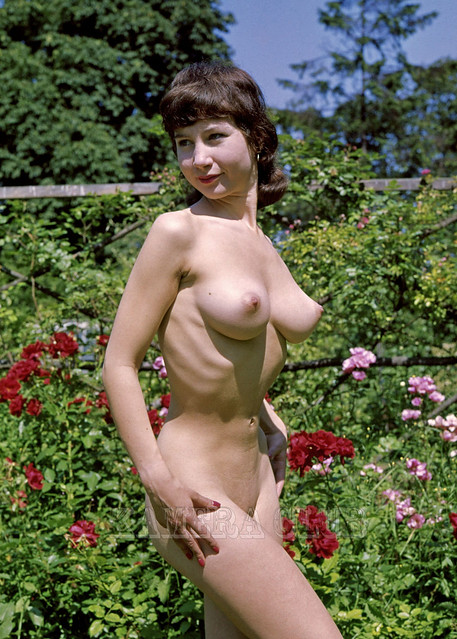 A glorious and vibrant colour shot of an unknown model posing in the garden amongst the roses. I have no idea who she is, but I’d guess it was taken late 1950’s and it could be Ewhurst. But then any decent garden back then could have looked like this, minus the naked model of course!

A stunning shot of vibrant colours that needed very little altering. The young model has a great figure with very firm up pointing tits and slender figure. Some may say too slim as you can see her ribs, but beauty as they say is in the eye of the beholder 🙂 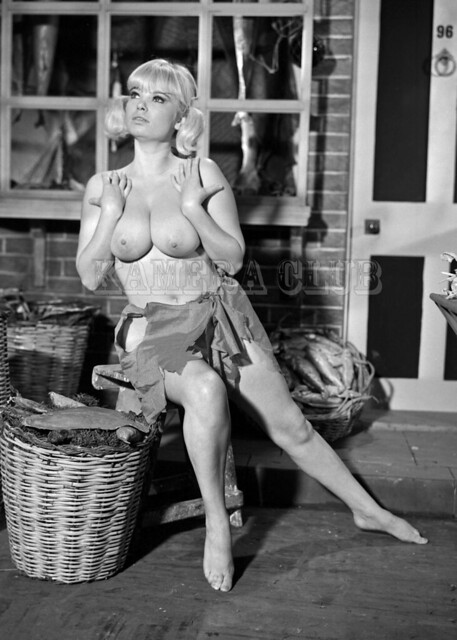 Nicky Stevens by Harrison Marks on the shop front set he used various times throughout the mid 1960’s, mostly with it covered in snow! Here we having Nicky offering up her wares trying to make a penny! Looks like she needs the money in that rag of a skirt 🙂
3 Comments 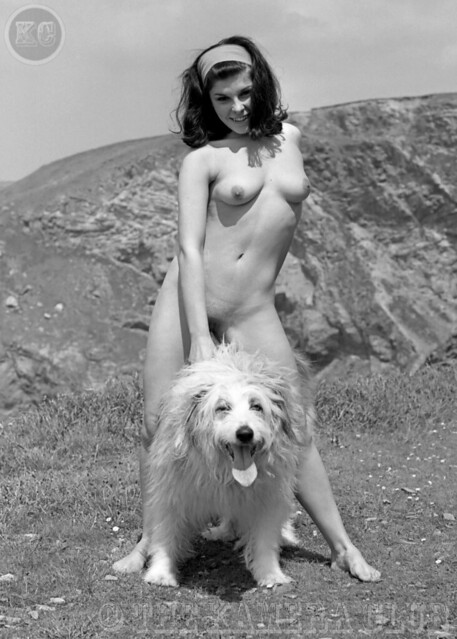 The slender form of Penny Winters by Harrison Marks on location in 1966. Taken on the cliff tops overlooking Bedruthan beach we have Penny posing with her furry friend. Several of these shots with Penny and the Sheepdog appeared in Kamera on Location 66, but this one didn’t.

A great clifftop view all round 🙂