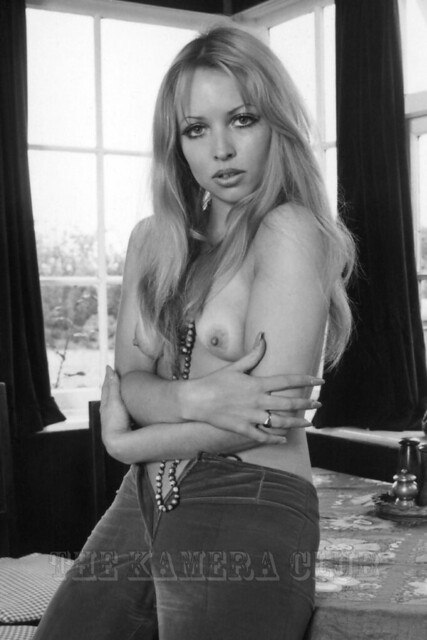 A second shot of Susan Shaw (Gisa) by Paul Pantha (Terry Sparks) posing topless leaning against a table with her corduroy trousers unzipped. The house is unknown but she appears in several different rooms and locations outside throughout this set of photo’s. A stunning topless shot very reminiscent of a typical Sun page 3 shot, which she did appear on several times during her career  🙂