As you will have seen in this post, John recently sent me a set of scans of June taken from glass photographic plates and that was the first image I had restored and published from the set. This post now gives you some more details of the fantastic set of images that John sent me, plus some information behind the set. John purchased two sets of photographic glass plates of June from a seller on eBay and they were sent in the original box with a description of each plate written on the box. 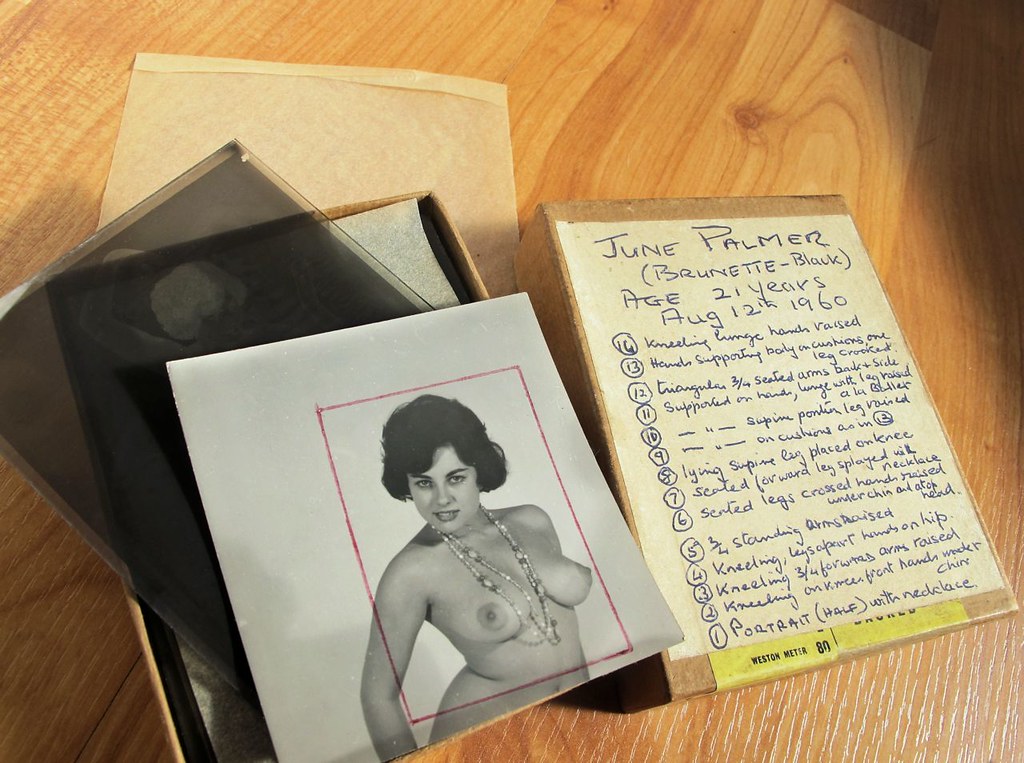 As you can see there are details about the model (June), the date of the shoot and then the glass plates listed with a description of the pose. The first interesting point is June’s apparent age on the box, showing her as 21 years old in 1960, which according to her date of birth isn’t quite right! If these were taken on 20th August 1960, she would actually have been 20 not 21, so was this a mistake or did she have to be 21 to have the photo’s taken, so a little white lie?

Also included in the box was a close up print of June wearing a necklace with the  image ‘marked up’ in red. So one assumes that this was the intended crop of the shot for printing or publication? I’ve included a scan of the ‘mark-up’ as well with some scratches removed, but otherwise left as printed. 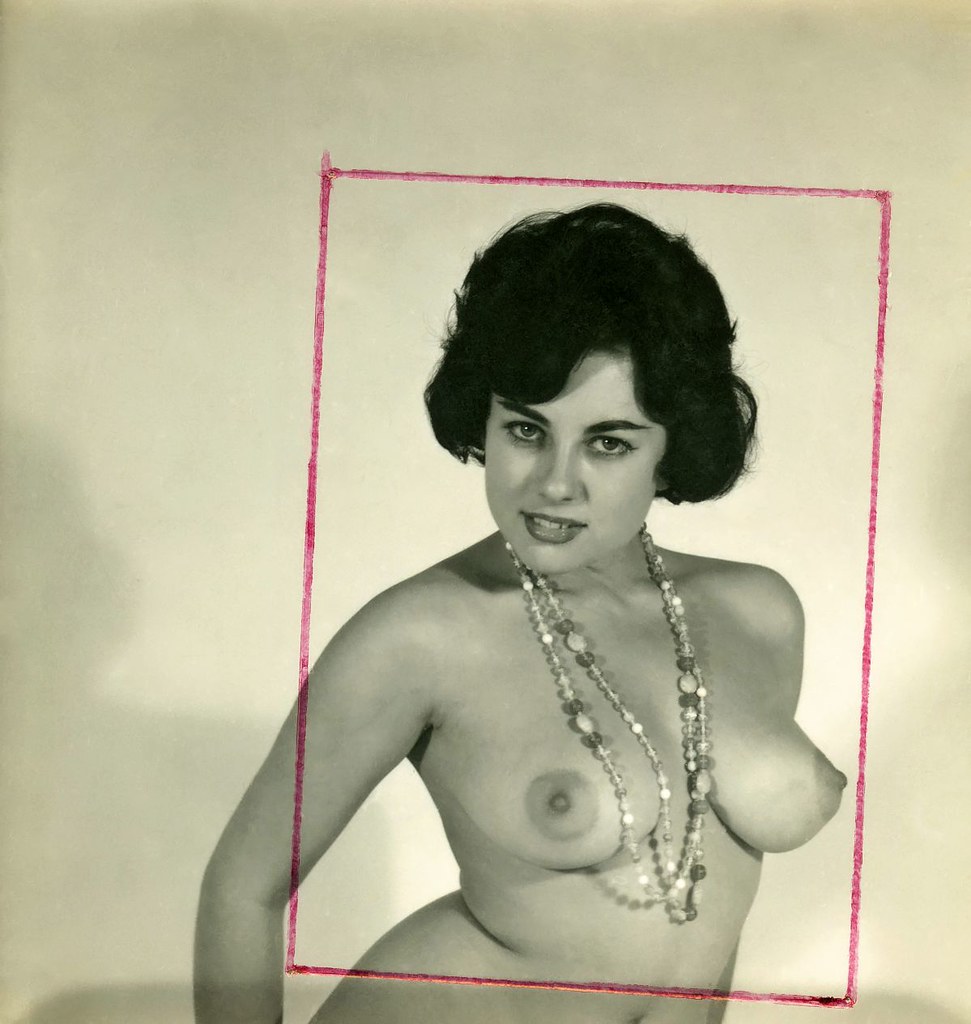 I’ve included the original scan of this glass plate from John, which is No.1 on the box – Portrait (Half) with necklace. Again I’ve restored the image from the original glass scan, as it was very dark. 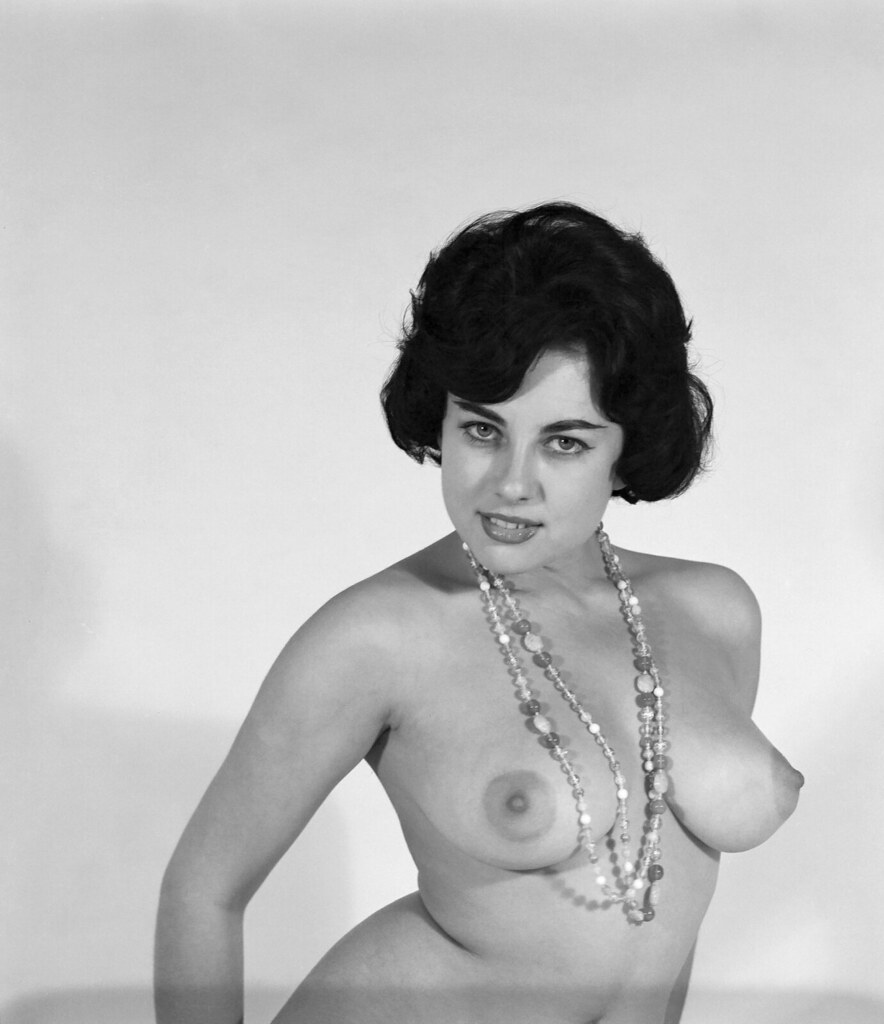 Finally I then restored and cropped the image as it was intended in the ‘mark-up’ for publication, which was the shot in my first post here 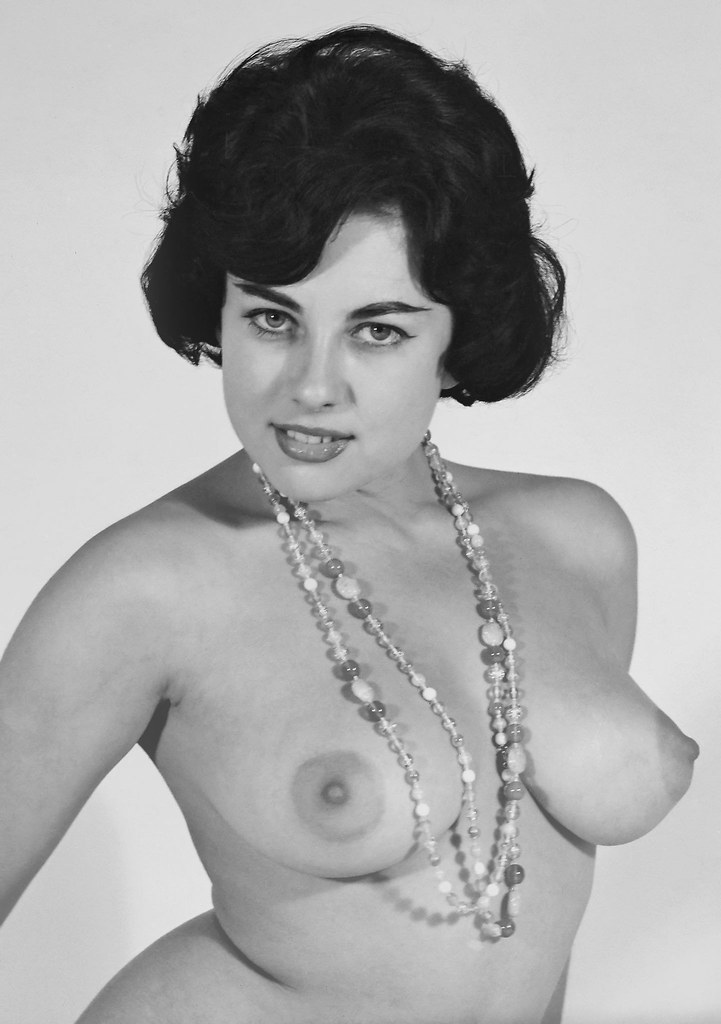 This is the first box of 16 glass plates from John and I have another set of 16 to edit and publish as well, so will do those soon. Another funny coincidence to this set, was that prior to John sending the scans through to me a few weeks before Minimunster had sent me some scans of 6 contact sheets she had of June. When I saw John’s scans I knew they looked familiar and looking back found the contact sheets, which on checking are all prints from John’s glass plates and all marked up with the intended crop for publication. I have small copies fo the contact sheets, but have asked Mini for larger scans so I can add them to this collection of shots for completeness.

Note: These are original images and subject to this copyright notice, but can be shared as long as the images remains unaltered and this website is acknowledged as the source.

The start of a new set of over 30 images of June Palmer photographed in 1960, but what makes these more exciting is that these shots are scanned from original glass photographic plates that John has acquired! John has two boxes of 16 plates that he has scanned and sent over to me for editing and publishing, which I will share here over the coming weeks.

There is a longer story behind these than shared here, but more of that when I get more time, but for now I had to share my first edit from this set 🙂 Thanks John!