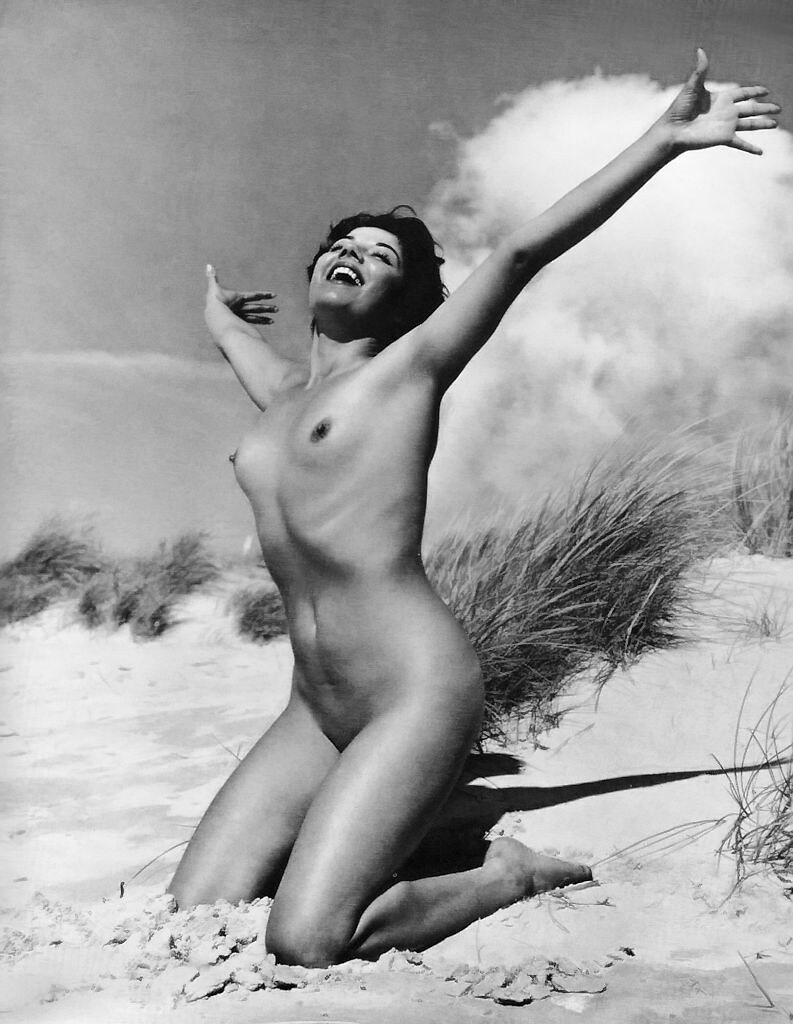 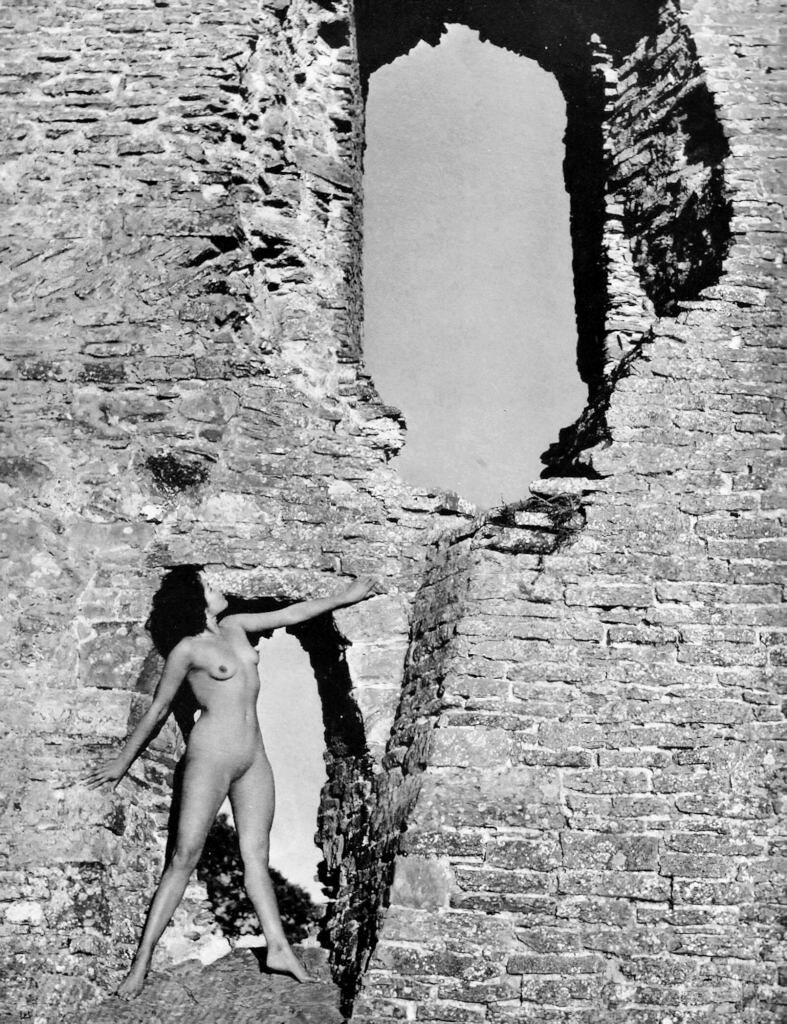 Two contrasting shots taken of Petrina Forsythe by Harrison Marks from She Walks in Beauty (1964). The top shot a typical pose on the beach that many models adopted for this publication, but the bottom one a more arty shot using an old derelict tin mine as a backdrop.
+9
No comments 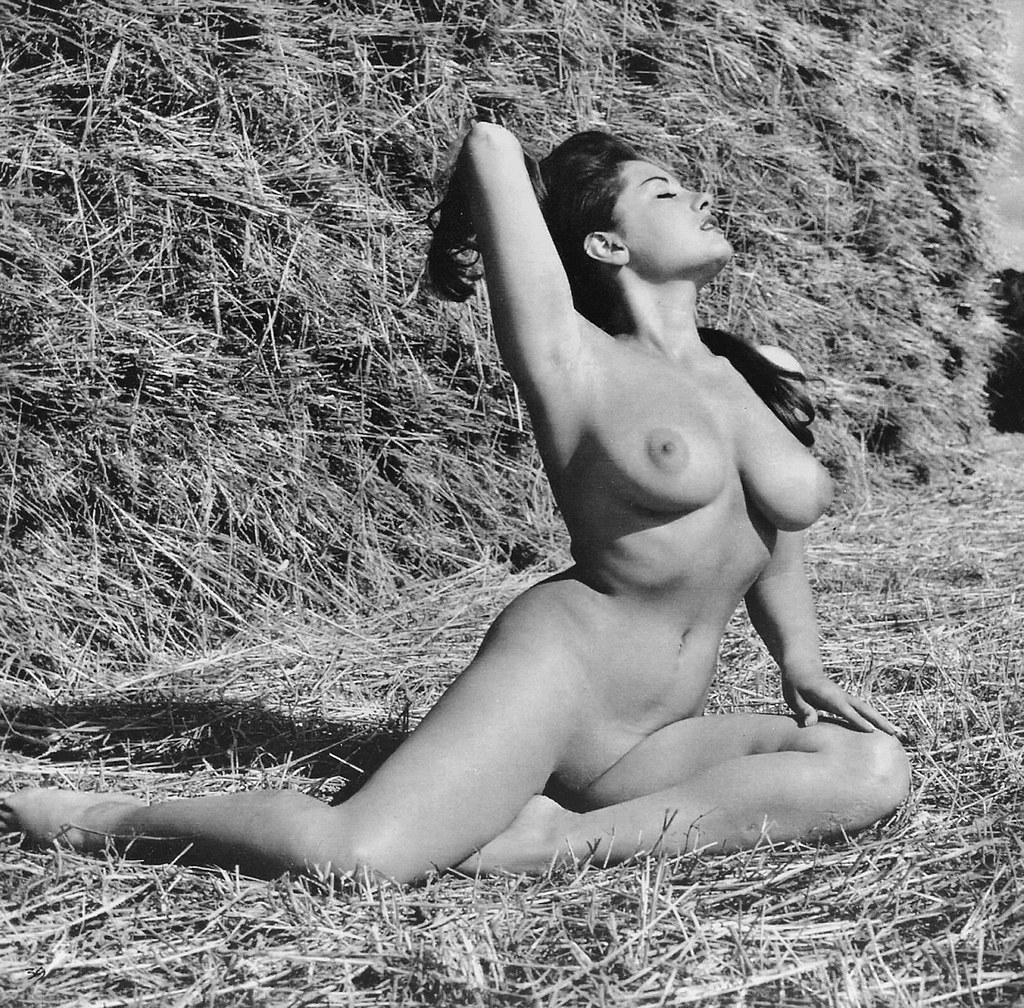 A nude June enjoying the sun while posing in the hay on location. Another beautifully posed shot of June by Harrison Marks from his book ‘She Walks in Beauty (1964)
+3
No comments Another sultry pose from June, this time in the hay and a still from the glamour film ‘Hay Fever’ by Russell Gay.  June actually did two glamour films set in a hay barn ‘Hay Fever’ and ‘Beauty & The Barn’ and both look to be set in the same barn and done at the same time.  The differences are that the first is in colour in the above outfit, while the later is black and white in a different outfit, but the hair and jewellery are the same.  The black and white version also came in two parts, but all filmed by Russell Gay
+3
No comments A beautiful shot from Ed Alexander of Maxine Miller reclining in a barn full of hay in a short black negligee falling open to expose those lovely pert boobs. Taken from ‘Ed Alexander Photographs English Beauties’ (1964) by Whitestone Publications.
+11
No comments Hilde Beck (Hyldagarde) in a very nice, white all in one teddy nad looking very seductive in the hay!  This comes from the pages of Carnival Magazine (September 1966)
+6
error: Alert: Content is protected !!