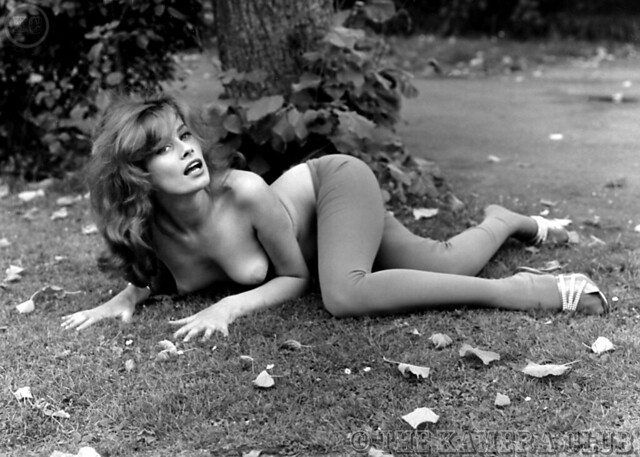 A stunning original shot of Dawn Grayson laying on a lawn as she poses topless and wearing only a pair of tights and high heels. She looks fabulous in this shot and I would love to know where this was taken, possibly on the front lawn at Ewhurst? I also love the look on her face and how her hair looks thick and full, shame it’s not in colour so we could see her flowing red hair or if those are the pink tights I’ve seen her in before? 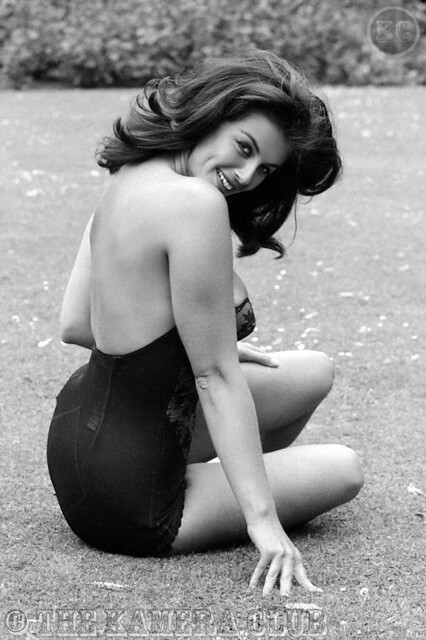 The very sexy  Eve Eden (Rosa Domaille) taken by Ed Alexander. This comes from a set of 35mm negatives owned by Kevin, who has kindly sent over several images, including this one. I love this shot of Eve looking over her shoulder in a one piece black bodice looking very alluring as she does. Taken on the front lawn at Ewhurst Manor, as there are other shots of Eve where you see the driveway and front door, such as this one published over on Kevin’s blog. 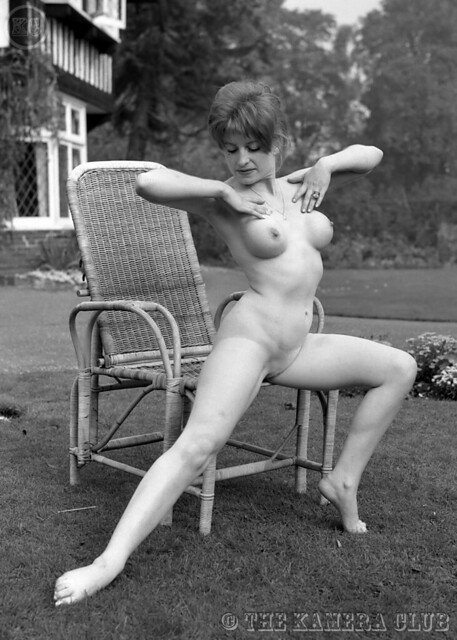 Rusty Gaynor posing nude sat on a wicker chair on the front lawn of Ewhurst Manor by Harrison Marks. An odd pose, but that’s nothing new with GHM, but also an odd shape to Rusty’s boobs, but then I’m sure I’ve mentioned I think she had them done! 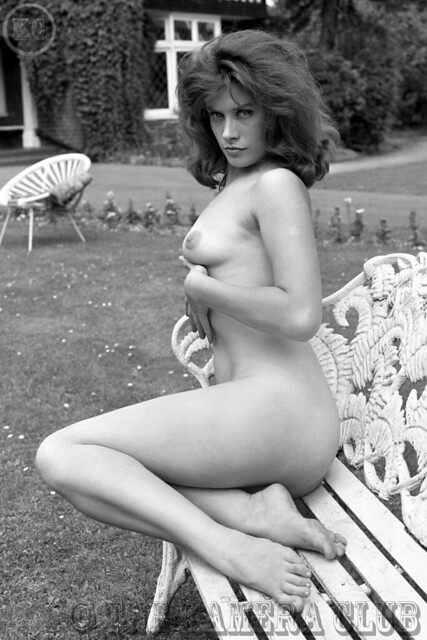 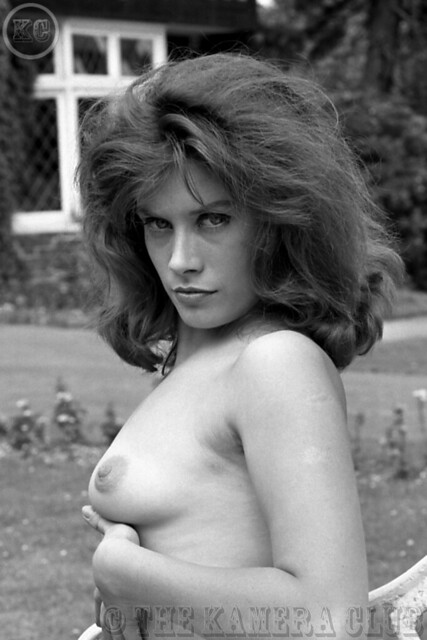 A superb black and white image of Dawn Grayson posing on a white wrought iron bench on the lawn at Ewhurst Manor from the original negative. Taken by Harrison Marks in the early 1960’s this shot along with several others appeared in Solo No.43 (1964) dedicated to Dawn. This particular pouting shot appeared on page 41 and the close up really shows off her smouldering pouty look as she stares directly at the camera. There are also shots of Dawn and GHM himself posing on this bench, along with Dawn posing alongside another model named as Lisa Hamilton, of which I have several of the negatives as well.

One advantage of having the original negative is you can scan in much closer to see the details, that the print in the original publication doesn’t afford you. The original medium format negative, which is 6cm by 6cm square also allows you to see much more of Ewhurst, including the lawn, gardens and front entrance than these cropped version show, but who wants to see the background when you have a nude Dawn Grayson to look at! 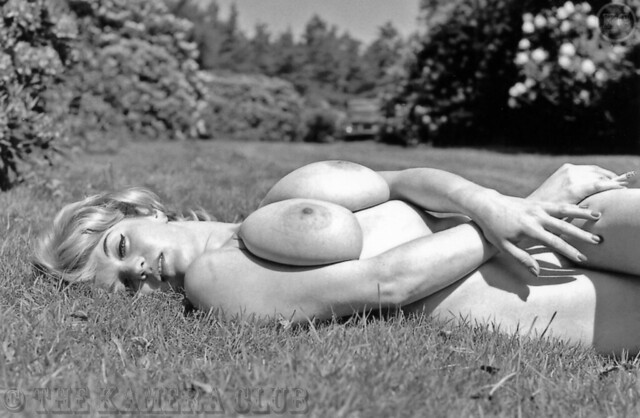 Paula Page by Harrison Marks as she lays naked on the grass enjoying the sun! I don’t know why, but Paula’s assets look larger than normal in this shot, it must be the position and use of her arms that amplifies the size!